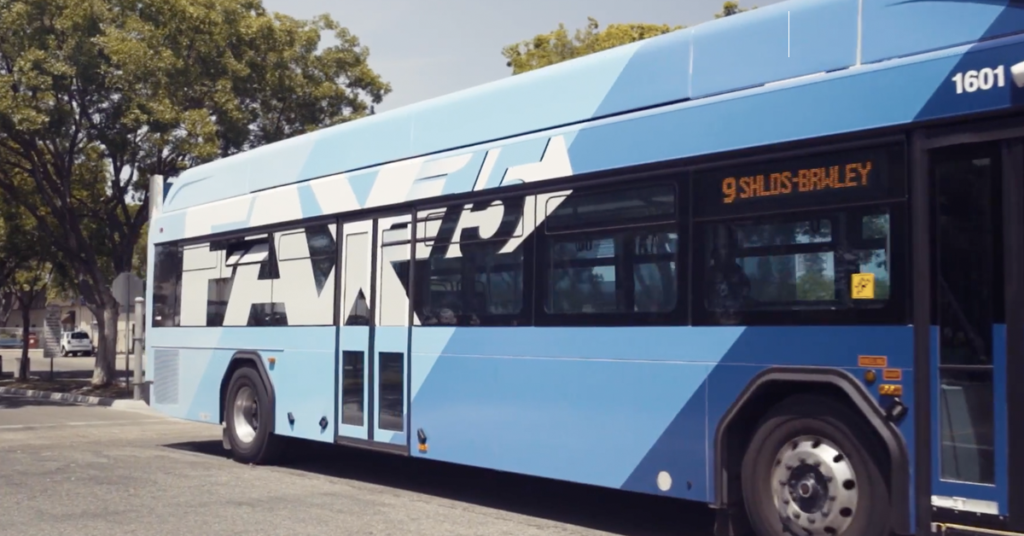 Fresnans will now have free bus rides for the short-term after the City Council passed the Zero Fare Clean Air Act on Thursday, courting support from Mayor Jerry Dyer.

“But somewhere along the way it became common. it became normalized to charge a usage fee for the people that want to ride our buses, which we know an overwhelming supermajority of these folks are living in abject poverty.”

The city will stop collecting bus fares on March 1, using any federal funds made available from the COVID-19 relief packages to pay for it.

However, the free bus system is not scheduled to last forever, at least for now.

The program will expire 90 days after either the Mayor lifts the current pandemic state of emergency or Fresno County enters the yellow tier in the state’s coronavirus reopening blueprint.

Fresno County is currently in the most restrictive red tier, meaning an entrance into the yellow tier could take several months.

The city council will then return at a later date to determine the future of the program.

The proposal passed 5-2, with Councilmen Garry Bredefeld and Mike Karbassi dissenting. Both men raised issues with the cost of the program and the safety of the bus drivers.

“If this is such a great idea that we have a zero bus fare, I’m prepared to sponsor next week – and looking for sponsors – to get rid of our utility fees, our business fees, our rental inspection fees, our motel fees,” Bredefeld said sarcastically. “If we’re getting rid of bus fares, why don’t we just get rid of utility fees?

“The fact is that nothing is free. It’s a false thing to tell people that it’s free. There’s always a cost to something, always, always. Nothing is free in terms of buses and bus drivers and maintenance and insurance. Those fees don’t go away. And this is an enterprise zone, the ability to pay the bills is generated from these costs. And this really, in my humble opinion, is a reckless, irresponsible measure that simply panders to a few but hurts many.”

During his comments, Dyer swore off vetoing the free bus fare proposal in light of the current pandemic and given the pursuit of permanent answers to affordability.

The city usually collects nearly $6 million in bus fares annually, but Assistant City Manager Gregory Barfield said the city only collected $1.6 million at the mid-year budget because the city is limiting each bus to 10 passengers due to the pandemic.

However, bus revenues are a lynchpin to the service’s future. Revenue is often a key element for matching funds from the Federal government. However, other sources of funds – including Fresno’s Measure C sales tax – may become options explored by the Dyer administration for funding replacement.

The act will not decrease any current routes or services, and the internal funding will not affect bus driver salaries or benefits.

Measure P – the long-contested parks tax that received a majority vote on the 2018 ballot – was officially approved by the city council.

The new tax will impose a 0.375% sales tax for 30 years and is expected to generate $37.5 million annually to go toward improving the city’s parks.

The city will likely start collecting the tax on July 1, according to documents attached to the City Council agenda.

Bredefeld and Karbassi both voted against it, but the resolution passed 5-2.

Bredefeld’s attempt to force Fresno Unified School District through a lawsuit to immediately return students to the classroom hit a dead end.

The City Council voted 4-3 to remove it from the agenda. Along with Bredefeld, Karbassi and Soria voted to keep it on the agenda for discussion.

During the time designated for councilmember reports, Bredefeld voiced his displeasure with the council’s decision to remove his proposed lawsuit.

“I want to be clear, I will never be silenced,” Bredefeld said. “I will never back down. I will never stop fighting for our children to return to school and for our businesses to be opened, and the science and the data support this.

“No threats by any council members to remove me from some educational committee, no removing of items I place on the agenda for open debate and dialogue, no disgraceful and nonsensical tweets from Superintendent Bob Nelson comparing me to the rioters at the U.S. Capitol when I criticized him for his failed leadership at Fresno Unified and for failing our kids will stop me from speaking out in this chamber and outside of it.”