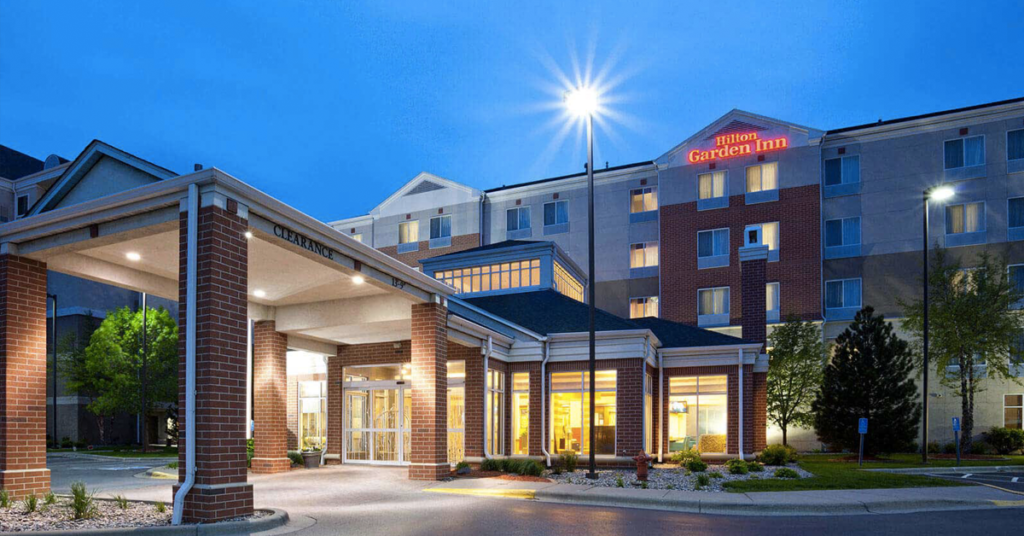 The neighborhood of Blackstone and Barstow avenues in North Fresno continues to be a favorite with developers.

The latest plan is for a four-story, 110-room Hilton Garden Inn Hotel on a vacant lot near the southeast corner of those two busy streets.

The Klassen Corporation on behalf of Raju Verma has filed a development application with City Hall to build the hotel on a property of about 2.56 acres (the address is 5318 N. Blackstone).

There currently sits a strip mall on the southeast corner of Blackstone and Barstow which once housed Trader Joe’s before its move north. Currently, the businesses include an auto parts store. The proposed hotel would be built on a vacant lot behind the strip mall.

The Fresno Council of Government’s Airport Land Use Commission will review the proposed project on Monday, Sept. 9. COG staff recommends approval of the project – a “Finding of Consistency” to be precise.

The four-story hotel’s height would be about 54 feet.

Says the COG staff report: “Documents provided to staff note that the hotel will have a pool, lounge, bar and grill, and fitness center….”

The hotel is expected to average 70-plus guests per day and employ 25-plus people. There will be 115 parking stalls; “a mix of accessible, EV charging capable, and car/vanpool will be available,” says the staff report.

“The hotel and parking lot grounds will also be landscaped to provide aesthetic beauty and shaded areas,” says the staff report.

The proposed Hilton Hotel would be built on a lot that needs aesthetic help. I occasionally walk by the lot. It has been vacant for years. It’s a magnet for litter. A modern hotel on the site would be a blessing to the intersection. A hotel of four stories would be an eye-opener.

In July, I wrote about the Fresno Housing Authority’s plans to build 42 units of affordable housing on 2.77 acres of vacant land not far from the northwest corner of Blackstone and Barstow. There would be six buildings, each two stories high.

The Housing Authority site is located very close to the backside of the former Orchard Supply Hardware store. The building is now empty. All of this proposed development activity at Blackstone/Barstow makes me wonder if a developer will soon find a new use for that “big box.”