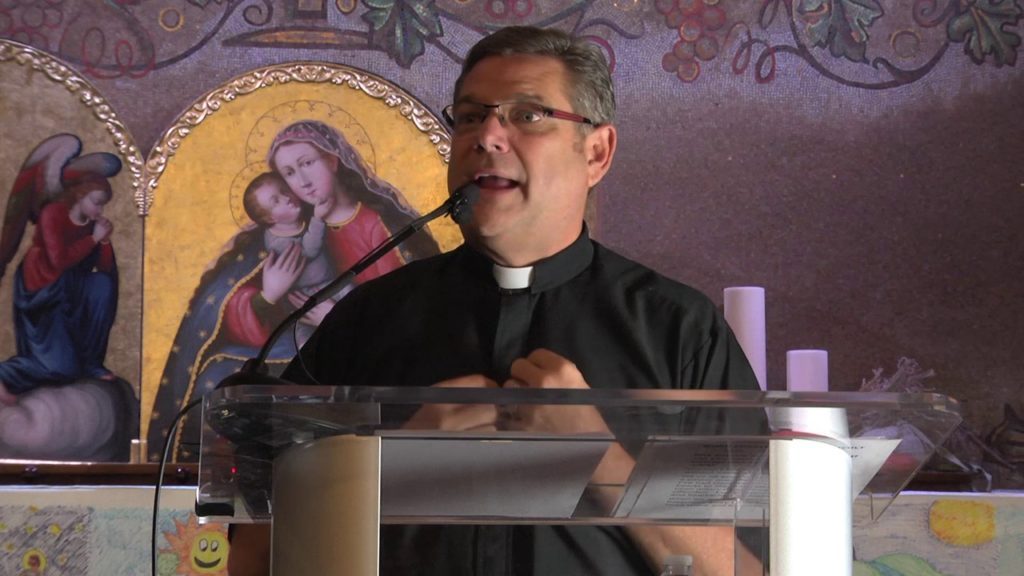 Monsignor Craig Harrison of St. Francis Parish in Bakersfield was placed on administrative leave amid allegations of sexual misconduct, the Roman Catholic Diocese of Fresno announced.

The allegation was reported to the diocese last on April 12 by a man who was a minor at the time of the abuse, a Diocese statement said. Three days later, the diocese reported allegation to the Firebaugh Police Department in-person.

According to the Church’s release, law enforcement personnel interviewed the alleged victim.

The Diocese of Fresno announced they are conducting their own internal investigation into Harrison, beginning with reaching out to former parishes he had served.

Around 11 a.m. Thursday, Harrison issued a statement on Facebook.

I just learned that I am on temporary administrative leave of my duties at St. Francis Parish, pending an investigation into allegations brought against me.

I am heartbroken that I will not be able to fulfill the mission that God has given me. My entire priesthood has been devoted to service to God and His people. I have been horned to serve the people of the Central Valley for the past 31 years.

I am also saddened that in today’s climate of fear, I have not been given any information to allow me to defend my honor and service to Christ. I do not know the motives of my accusers, any names, or the contents of any allegations against me.

I will vigorously defend my honor from these allegations and look forward to my good name being cleared. Please keep me in your prayers during this trying time.

Harrison previously served in Merced at Our Lady of Mercy, St. Patrick’s, and Sacred Heart, St. Francis in Mojave, and St. Joseph in Firebaugh.

The Bakersfield priest celebrated his 30th anniversary in the priesthood in 2017 and is regularly considered a major pillar in Bakersfield’s faith community.

Harrison will remain on administrative leave from his parish pending the outcome of law enforcement and church investigations.