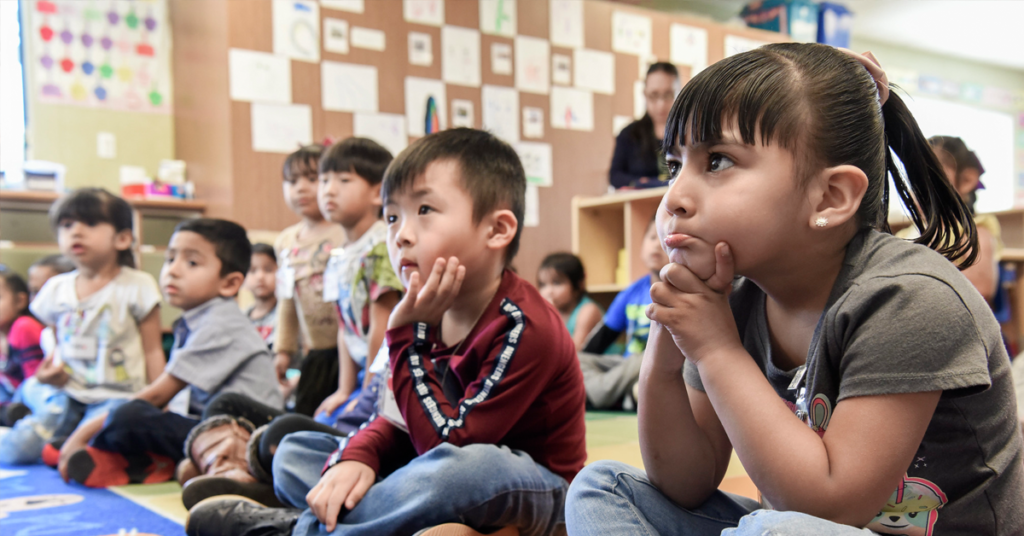 Fresno Unified School District has reached an agreement with the teachers union to reopen for in-person instruction at an earlier date than previously anticipated.

Superintendent Bob Nelson announced Tuesday that the plan is to have teachers return to campus on April 6, the Tuesday after Spring Break concludes.

“Our teams are eager to get back into space with our students, and when we say in-person instruction, we still have all the safety mitigations in place,” Nelson said. “So it’s not everybody rushing back in over the threshold, because you still have to socially distance at six feet.”

However, the deal – as negotiated with the Fresno Teachers Association – is not a guarantee.

It depends on if Fresno County enters the red tier of California’s COVID-19 reopening blueprint.

Currently, the county is in the purple and most restrictive tier, but the district is hedging its bets that the drastic decline in COVID-19 cases since a January peak will continue over the next month.

If Fresno County fails to enter the red tier, Nelson said the district will have to return to the negotiating table to come up with a new plan.

Ultimately, it’s an expedited return plan than the earlier agreement between the district and the union, which had in-person instruction resuming once Fresno County reached the orange tier.

Under the deal, FUSD will contribute $8 million to the Fresno Unified Health Fund – the teachers’ benefits plan – and all staff members will receive additional pay in the total of one day’s wage to compensate for the time it will take to set up their classrooms and work spaces.

Nelson said the money to cover those two costs was already set aside in the budget, since district officials expected that a deal of this nature would be necessary to bring the teachers back to campus.

Fresno Teachers Association President Manuel Bonilla thanked the teachers for their hard work over the past work and praised Nelson for working together to come to an agreement.

“As we said from the beginning of this crisis, teachers want to return to the classroom,”Bonilla said. “However, they want to make sure that they do it safely, not only for their sake, but for the sake of their students and for the sake of the community.”

The new plan also falls in line with the plan that Gov. Gavin Newsom revealed on Monday along with the state legislature. If the bill is passed – which could happen on Thursday – FUSD will be in line to tap into $6.6 billion in funding to school districts across the state.

District officials said FUSD expects to receive $25.6 million as part of the incentive to resume in-person instruction as well as an additional $54 million for expanded learning and intervention opportunities.

The state’s proposal incentivises a return date of April 1, with districts losing one percent of the fund total for every day after that they do not reopen. District officials do not expect to be penalized because April 1 falls during Spring Break, so FUSD should be in line to receive the full $25.6 million reopening incentive, assuming Fresno County enters the red tier.

Had the district kept its original plan of an orange tier reopening, Nelson said the district would have received an estimated $20 million instead of the $25.6 million.

“At that point it’s less about the money than it is about trying to bring kids back,” Nelson said. “People are going to say, ‘You’re only coming back for the money.’ The reality of it is we just want to get our kids back in school. We’re going to get CARES Act revenue that we have to expend on a one-time dollar figure on a tight, compressed timeline that would make up for that. I don’t know that the money in itself is that big of a push to go back – $20 million on top of $176 [million] that came through the CARES Act.”

Nelson reaffirmed that while teachers will be required to return to the classroom, families will still be able to have their students remain home for distance learning.

“Parents, the intent is to give you the choice,” Nelson said. “If you want to remain in a distance learning mode, we want to provide you with that opportunity. When we say we’re going back, that’s for folks who really want to go back. It doesn’t mean we’re going to force anybody across the threshold.”