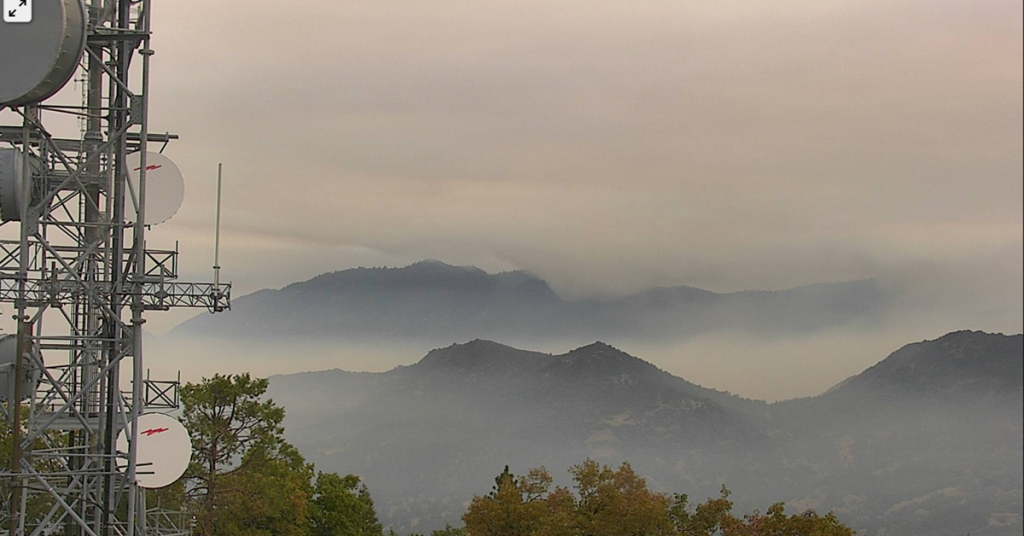 Sept. 15 – The KNP Complex Fire is continuing to spread in the southern Sierras threatening ancient giant Sequoias within the Sequoia National Park.

The park remains closed as park employees were ordered to evacuate their housing on Wednesday.

His agency also issued an evacuation warning for the remainder of Three Rivers east of Edison Drive and east of Mineral King Road.

Currently, the KNP Complex – comprised of the Paradise Fire and the Colony Fire – ballooned on Tuesday, with it cracking 7,039 acres affected.

The Paradise Fire is outstripping the Colony Fire, comprising 5,914 acres of the total complex acreage.

The combined complex remains at 0 percent containment with 300 firefighting personnel on the ground.

Sept. 13 – A set of wildfires in the Sierra Nevada foothills near Sequoia National Park and Forest have prompted a wave of evacuation orders from fire and Sheriff’s officials.

The fires – KNP Complex and Windy – were all ignited by lightning strikes amid a Thursday night summer storm in the mountain range.

The KNP Complex Fire prompted officials to close key areas of the park Sunday night, including the Lodgepole Campground, Wuksachi Lodge, and the Giant Forest/Lodgepole area.

Meanwhile, the Windy Fire, which has spread to 650 acres in the Sequoias with 232 firefighting personnel on the ground to begin containment.