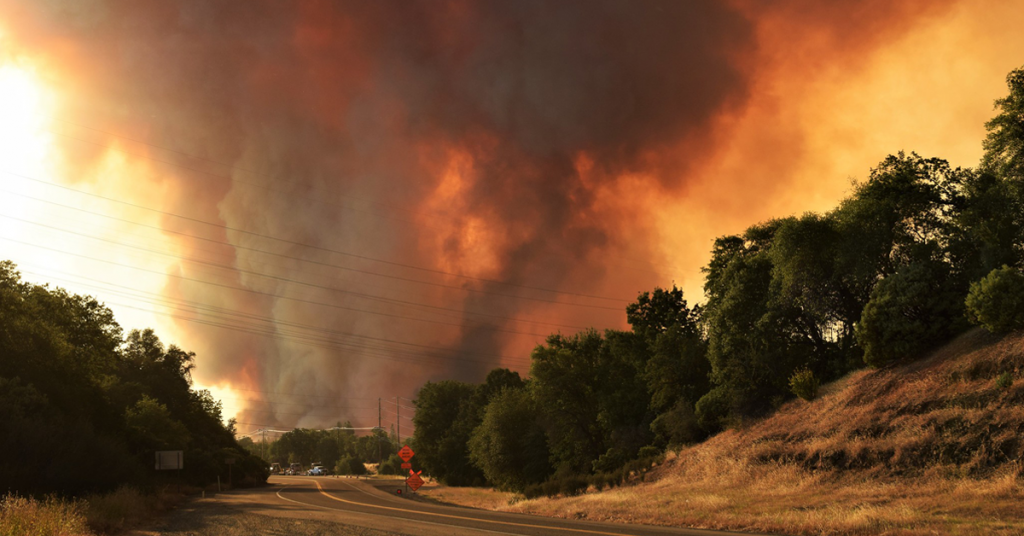 Pacific Gas & Electric said its equipment may have started the Dixie Fire that has charred more than 30,000 acres in Northern California.

The California utility giant said a worker who was investigating a power outage near the area where the blaze started discovered two blown fuses and a “healthy green tree” leaning against a power line, with fire on the ground, according to an incident report filed Sunday with the California Public Utilities Commission.

The blaze is one of the biggest in the state this year. It’s near the scar of the Camp Fire, which was started by PG&E equipment and destroyed the town of Paradise in 2018.

State regulators put the company into an enhanced oversight process this year because of issues with its tree-trimming efforts. PG&E has been on probation since its 2016 conviction for safety violations stemming from a fatal gas-pipeline explosion in San Bruno in 2010.

PG&E said in a statement that the information it submitted is preliminary and the company is cooperating with state investigators. The California Department of Forestry and Fire Protection, known as Cal Fire, collected parts of PG&E’s equipment as well as portions of the tree on Sunday, according to PG&E’s report.

The Dixie Fire is burning in a remote part of the state, in the Feather River Canyon region. Cal Fire has reported no property damage and one minor injury, PG&E said. The PG&E worker who was investigating it called 911 and state firefighters started dropping water and fire retardant on the blaze, the report said.

The report comes as California braces for an active wildfire season. The state’s vegetation has been wrung dry by a punishing drought and extreme heat waves. PG&E was driven into bankruptcy in 2019 after its equipment started catastrophic fires that killed more than 100 people and destroyed more than 22,000 structures. The company emerged from bankruptcy last year.