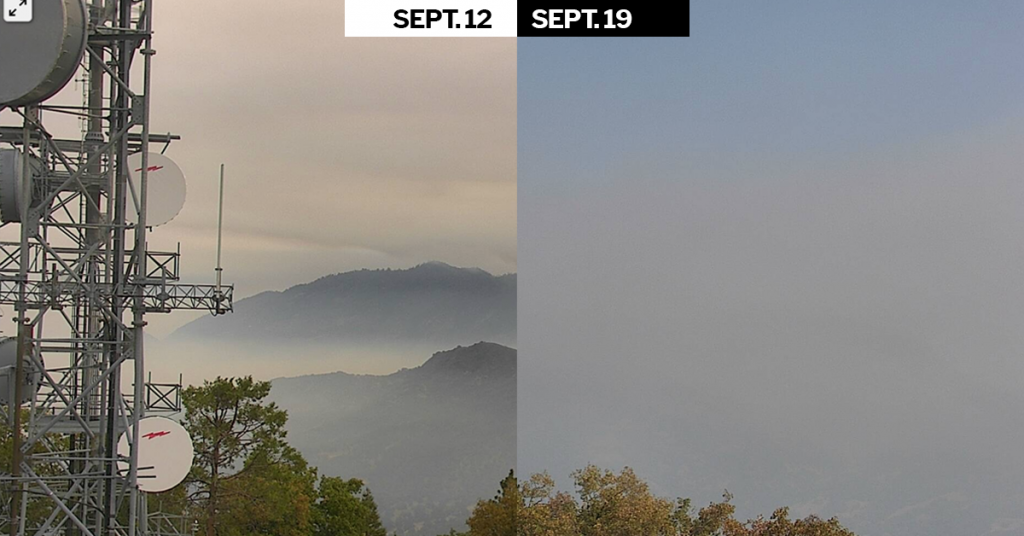 The complex, comprised of two different fires ignited by a lightning storm last week, has now boomed to 21,777 acres consumed.

A Saturday update by U.S. Forest Service officials stated that the fire had reached into Sequoia National Park’s Giant Forest, touching an area known as “the Four Guardsmen.”

Per officials, “trees had been thoroughly prepped in recent days” and the General Sherman Tree did not see fire.

The closure of Kings Canyon National Park affects all portions of the park west of Generals Highway and south of Highway 180 and all park lands within the wilderness west of the Pacific Crest Trail and south of the ridge line lying north of Ionian Basin.

A map of Sequoia and Kings Canyon National Park closures is available here.

Campgrounds in Kings Canyon were closed on Saturday through at least Sept. 25, including in Cedar Grove and Grant Grove.

While the campgrounds are closed, the two groves remain open to visitors, though smoke, limited visibility, and poor air quality are advised.

Concessionaires within the park closed up on Sunday and wilderness access from Kings Canyon trailheads were shuttered.

Windy Fire picks up steam, too

The Windy Fire, another lightning-ignited blaze within the Sequoia National Forest, continues to burn out on the Tule River Indian Reservation.

The fire now sits at 21,598 acres, but is 3 percent contained, fire officials said in a Sunday morning update.

Evacuation orders remain in effect for Johnsondale and Camp Whitsett, including M107 at Dome Rock, east to Lloyd Meadow Road (22S82), south to M99 at Sherman Pass Road, west to M107 and M50.

Those evacuating should avoid all road closures and use Highway 190 to Porterville.