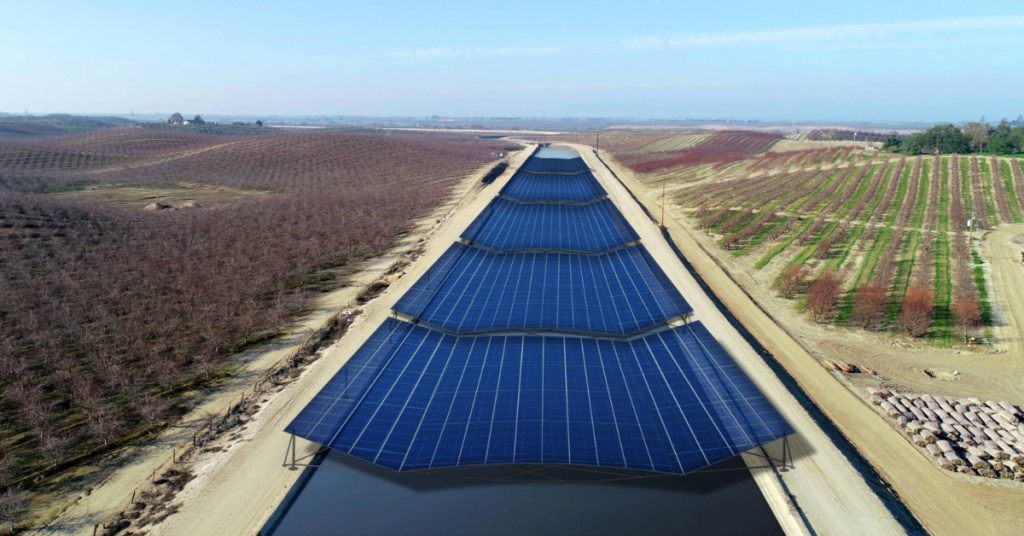 In an effort to combat the devastating drought conditions hitting California, the Golden State will become the first in the nation to install solar panel canopies over canals.

The $20 million pilot project funded by the state has been dubbed “Project Nexus.” It will consist of an estimated 8,500 feet of solar panels installed over three sections of Turlock Irrigation District (TID) canals in Central California. The installation process is expected to begin by 2023, and be completed by 2024.

The project, first announced in February, was initiated by Solar AquaGrid — a Bay Area development firm focused on innovative solutions to address water and energy issues. They have partnered with the Citizen Group organization and TID to kick-start Project Nexus.

According to TID, the project aims to use water and energy management hand-in-hand. The project is designed to increase renewable power generation, while reducing water evaporation and vegetative growth in canals.

TID states that the project will also serve as a “proof of concept” to further study “solar over canal design.” The agency cites a 2021 University of California, Merced study, which showed that covering all of the approximately 4,000 miles of public water delivery system infrastructure in the state with solar panels could save an estimated 63 billion gallons of water annually, as well as  result in significant energy and cost savings.