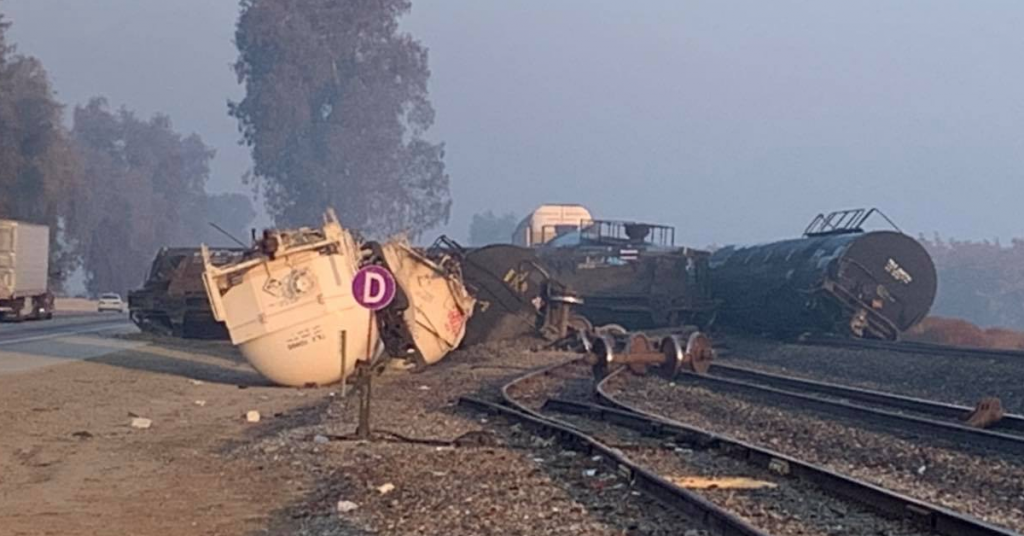 At least seven train cars derailed mostly on private and railroad property, according to California Highway Patrol. Hazardous materials are spilling out from the tankers, which forced the closure of Highway 99 in both directions from Avenue 384 to Betty Drive.

“The train must have been moving at full speed to throw cars in the positions I saw them,” said a police officer who wasn’t authorized to speak on the wreck. “It’s a huge mess. It looked like most of the cars were tanker cars.”

The California Highway Patrol and Union Pacific Railroad police are on scene trying to figure out what led to the mishap.

“At this point, thankfully, no injuries,” CHP officer Steve Beal said. “That’s a good thing, during a week like this when we’re stopping to think about what we are thankful for.”

Here’s more from the Visalia Times-Delta.