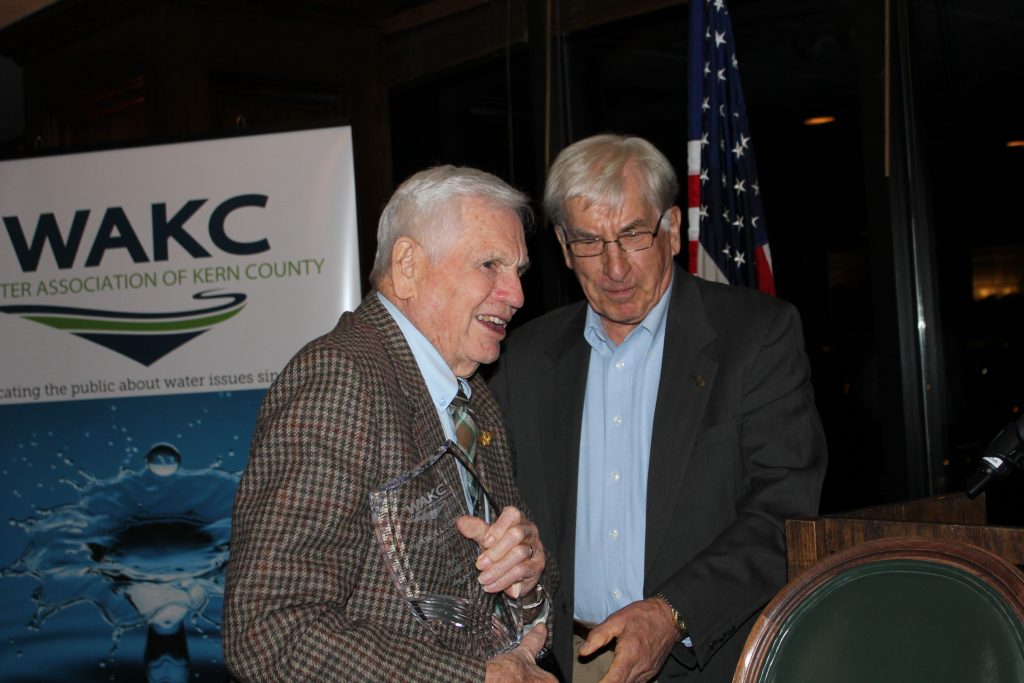 Born April 2, 1922 in Oil Center near Bakersfield, Thomson spent much of his childhood helping farm cotton, sugar beets and alfalfa on his grandfather’s farm in Buttonwillow.

Later he attended Bakersfield College and transferred to the University of California, Davis before joining the U.S. Navy and serving as a pilot and bombardier-trainer in the Pacific Ocean theater during World War II.

But it was back home in Kern County, after he finished up at UC Davis, where Thomson made his most notable impacts.

He switched from raising livestock in Buttonwillow to growing rice there after first leaching salt out of the ground. Eventually he expanded into cotton, alfalfa, vegetables, melons and tomatoes.

Before long he started farming his wife’s family’s property near Arvin. To get back and forth between the two farms he would fly his small, single-engine airplane.

As a KCWA member Thomson was instrumental in helping establish the State Water Project, which originally brought about 1 million acre-feet of water per year.