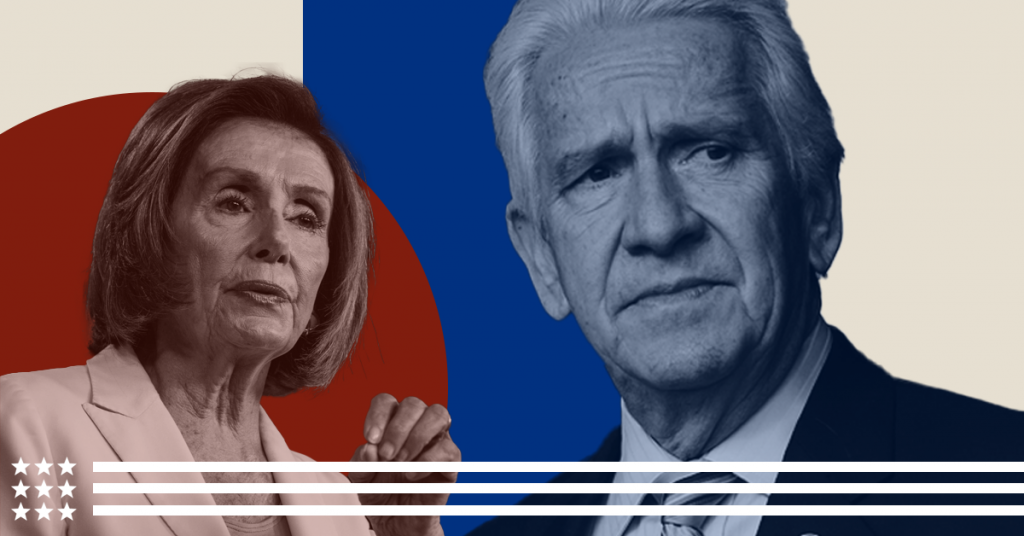 Nov. 5, 2021 · 9:00 p.m. – The House of Representatives approved a $1.2 trillion infrastructure package previously approved by a bipartisan majority in the U.S. Senate, concluding a constantly-shifting, oft-confusing Friday on Capitol Hill.

The bill, approved on a 228-206 vote in the House, completes the less controversial half of President Joe Biden’s big-spending two-part agenda on the Hill.

It also came with the backing of 13 Republicans, and opposition of six Democrats – all members of the so-called “Squad.”

The vote wasn’t just a win for Biden, it was a critical victory for Democratic moderates who stood firm over their support of the other half of the Biden legislative agenda.

“This is a big deal. These historical investments mark a new beginning for our nation. We now have the tools to rebuild our nation’s crumbling infrastructure, create good paying jobs, and enhance our global competitiveness,” Costa said.

Much of Friday was marred with negotiations by Democratic moderates who balked at Speaker Nancy Pelosi (D–San Francisco) attempting to force a vote on both the Bipartisan Infrastructure Framework and the highly controversial $1.75 trillion reconciliation social spending bill.

Following breakneck negotiations with moderates and progressives, the House approved both the infrastructure bill and a rule for the reconciliation bill, punting full consideration to no later than Nov. 15.

By pushing the floor vote on the reconciliation bill, known as the Build Back Better Act, the question of whether Democrats will face an open defection from moderate members of the Caucus over the lack of scoring from the Congressional Budget Office remains open.

Costa, who initially indicated the importance of a CBO score on the Build Back Better Act as a potential dealbreaker for support heading into Friday, indicated potential for support of the sweeping social welfare bill.

“I’m glad that we have made important progress on the Build Back Better Act,” Costa said in a statement. “I remain committed to working with the Senate over the coming weeks to put this transformational legislation on the President’s desk.”

Nov. 5, 2021 · 10:15 a.m. – As the House of Representatives attempts to settle months of negotiations between warring factions of the Democratic caucus over the approval of two spending bills totaling nearly $3 trillion collectively in new spending, coupled with tax increases, a looming question remains.

What will moderate Democrats do?

For the San Joaquin Valley’s Rep. Jim Costa (D–Fresno) the path to Friday has required walking a tightrope with Democratic leadership – particularly with Speaker Nancy Pelosi (D–San Francisco) – over how to proceed.

In August, Costa aligned with a group of Democratic moderates threatening to withhold their vote on the Build Back Better Act, once a $3.5 trillion social spending bill whittled down to $1.75 trillion, if Pelosi didn’t bring the Bipartisan Infrastructure Framework, a $1.2 trillion infrastructure spending bill, to the floor of the House first.

Friday, it’s possible both bills will hit the House floor for consideration – or not.

The hold-up? Lack of supporting votes from moderates.

In the ensuing months since their August threat, moderate Democrats have latched onto a new issue arising from the Build Back Better Act: it hasn’t been scored by the Congressional Budget Office.

Tuesday, five members of the moderate Democratic group sent a letter to Pelosi announcing that they would be unable to support the bill without the independent CBO analysis of the cost of the bill.

“[We cannot lend our support to advancing the BBB Act until we have had a chance to review these scores which provide the true cost of the legislation,” the five members wrote. “Moreover, the U.S. Senate cannot even consider the BBB Act under reconciliation rules until it has received an official CBO score.”

Costa was not a signatory on the letter, but he hasn’t shied away from the position, either.

“I think a CBO score is important,” Costa told reporters on Monday.

The Sun reached out to representatives for Costa for comment on his vote related to both the Build Back Better Act and Bipartisan Infrastructure Framework.