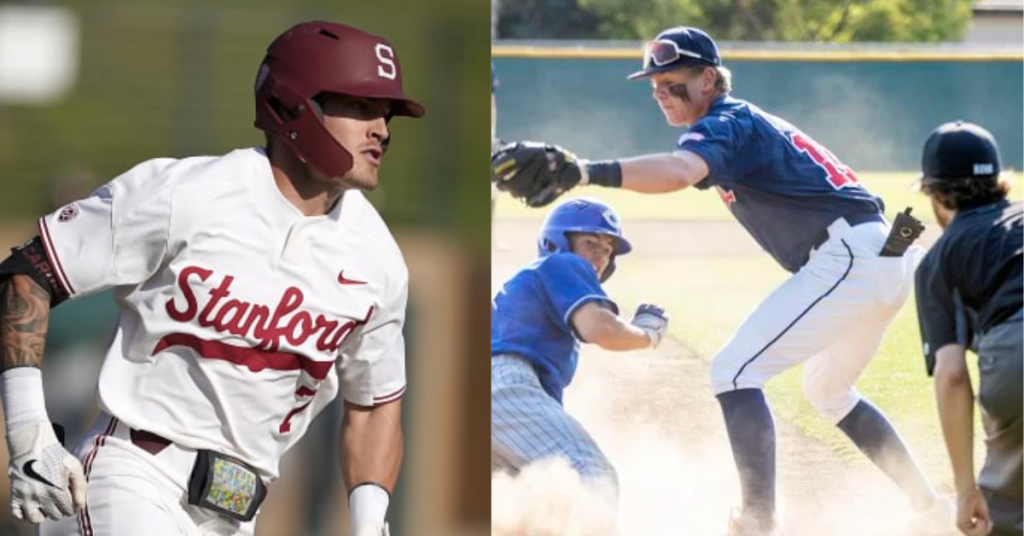 Major League Baseball’s All-Star Week brought the current cream of the crop to Los Angeles, but the future of the sport also took center stage earlier this week with the MLB Draft, which saw several players with Central Valley ties find professional homes.

Two players who played high school baseball in the Valley were picked in the second round: Cutter Coffey from Liberty High School in Bakersfield and Brock Jones from Buchanan High School and Stanford.

Coffey, a shortstop who also has the ability to pitch, went 41st overall to the Boston Red Sox.

Through his four seasons with the Patriots, Coffey hit .418 with 24 home runs. His junior and senior seasons saw him hit .458 with a .574 on base percentage.

The slot value for the 41st overall pick is a $1.91 million signing bonus.

Not long after Coffey heard his name called, Jones was selected by the Tampa Bay Rays with the 65th overall pick.

Jones initially enrolled at Stanford to play football and baseball, but after his freshman season he left the gridiron to solely focus on the diamond.

Jones is in line for a $1.08 million signing bonus from the slot value of the 65th pick.

Both were selected by the San Francisco Giants as Morgan went in the seventh round at 226th overall while Kachel was picked in the 16th round at 496th overall.

Morgan, a Stockton native, was named to the All-Mountain West First Team and was one of three finalists for the Buster Posey National Catcher of the Year award as he hit .381 from the plate and got on base at a .454 clip.

Another 16th round pick from the Central Valley was catcher Logun Clark from Taft High School.

Clark went 481st overall to the Cleveland Guardians after he batted .439 with a .591 on-base percentage during his senior season.

Stockdale High School shortstop Austin Charles was selected by the Kansas City Royals in the 20th round with pick No. 595. Along with his .483 batting average, Charles is also capable on the mound after he recorded a 1.36 ERA this season.

Heading up to the northern part of the Valley, University of the Pacific had three players picked: Thomas Gavello (13th round to the Giants), Hunter Hayes (16th round to the St. Louis Cardinals) and Elijah Birdsong (18th round to the Pittsburgh Pirates.