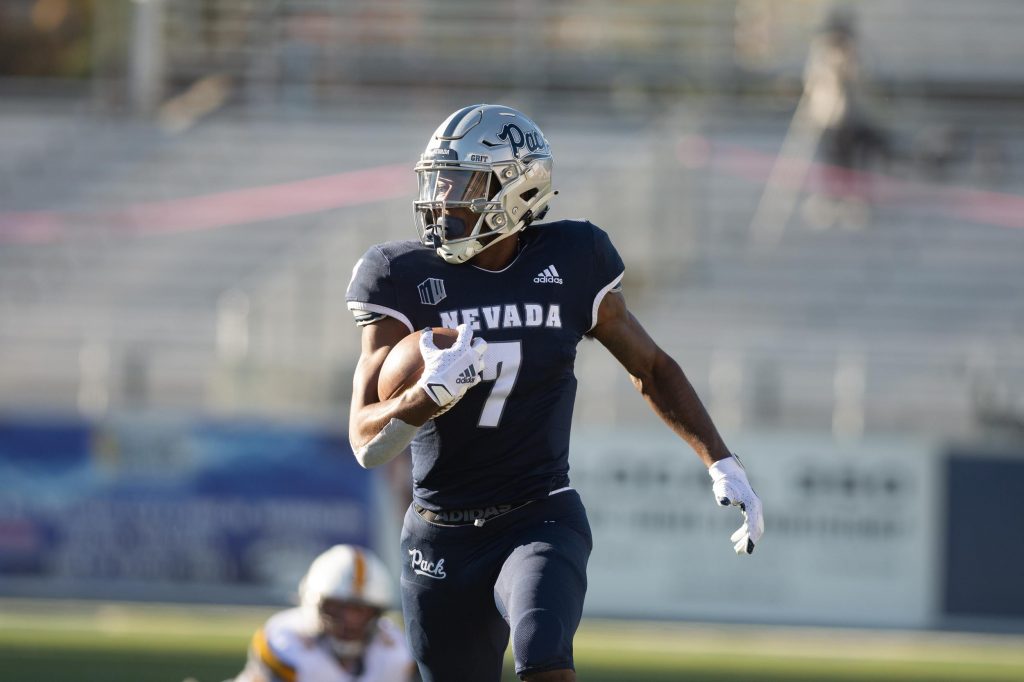 Heading into last week – while the Bulldogs were sitting out their second straight game due to COVID-19 – the Nevada Wolfpack were on a tear.

Nevada was 5-0, and the quarterback-wide receiver pairing of Carson Strong and Romeo Doubs were dominating – but then they played Hawaii.

Looking at the film, Fresno State defensive coordinator William Inge told reporters Tuesday that Hawaii’s game plan was simple: Put all the focus on Doubs and take a chance against Nevada’s rushing attack.

“What the one thing that Hawaii did is they were able to roll their coverage to him a lot and put them in scenarios where they gave them an unloaded box,” Inge said. “And when you have an unloaded box, that means run the football.”

It worked. The Wolfpack ran the ball 36 times for 208 yards – both season highs – but Hawaii pulled out the 24-21 win. The Rainbow Warriors held Doubs to only 1 reception for 10 yards, and Strong only managed 168 yards through the air.

The Mountain West’s top quarterback and wide receiver were neutralized, and now Fresno State has the blueprint to do it again. It’s risky, though, considering that Fresno State has struggled to defend against the run this year.

“You just can’t overlook a strong running attack,” said Fresno State head coach Kalen DeBoer Monday. “It’s physical. You get back peddling out of there and on your heels, and all of a sudden here comes a running back barreling down hill with usually a lot of space because they create that with their formations and their skill on the outside.”

However, containing the Wolfpack’s rushing attack won’t be simple. Top running back Toa Taua is only getting the ball 14 times per game, but he is averaging 6.08 yards per carry. Backup Devonte Lee is not far behind with an average carry of 4.68.

“They are what you call foxhole running backs,” Inge said. “I’d take them cats in a foxhole with me any day of the week. They’re big, thick bodies. They’re hard to tackle – literally it’s like trying to tackle someone who’s charged with electricity. You have to wrap up and bring them down really hard.”

It’s likely going to be a “pick-your-poison” type of game for the Bulldogs. Either they will contain Doubs and then struggle to stop the run, or vice versa.

Or Nevada’s big-play potential proves to be too much for the ‘Dogs to handle. The Wolfpack lead the conference with 33 plays over 20 yards, including nine that have gone for more than 50.

“They’re a big-shot team,” Bulldogs cornerback Wylan Free told reporters Tuesday. “They want to get big explosive plays, but they will ground and pound the ball too with their running back. They’re going to try to take shots and throw it over our heads. It’s definitely one of the most challenging games for the defensive back unit because we didn’t get to play San Jose.”

Can Fresno State’s offense jump right back into it?

Before the COVID-19 cancellations, the Bulldogs were on a three game win streak, and the offense hit its stride as quarterback Jake Haener threw for over 400 yards – the first Bulldog to do that since Derek Carr.

Offensive coordinator Ryan Grubb told reporters Wednesday that he hopes the two week layoff won’t result in his unit not firing on all cylinders.

“Rust is a real thing, and creating practice situations where you can get an aggressive look and guys playing at a high speed at the same time with being safe – it’s a delicate balancing act,” Grubb said. “But that’s what you have to do. You have to create high pressure situations and a little bit of speed and some competitive energy to try to get as close to that game-like situation as you can. And if you can accomplish that, I think you can keep the rust at bay, so to speak.

“But obviously nothing compares to a Saturday being out there against another team… I would much rather have played than sit around for a couple weeks. I think the advantage can tilt toward an opponent for that.”

Grubb compared the layoff to the opening season loss to Hawaii. He said the Bulldogs were rusty and had a lack of execution, things that naturally come with a layoff.

When his unit finally sees the field again on Saturday, the ‘Dogs will go up against a Nevada defense that runs a 4-2-5 scheme and has been one of the top groups in the conference. Nevada ranks second in total defense allowing 321.5 yards per game and fourth in scoring defense at 21.2 points per game.

“They’re simple to a point on base downs and things like that, but when you get into high pressure situations both on third down and red zone, they give some very unique looks – and it’s like night and day,” Grubb said. “I think that will be a huge part of the game, being able to stay on the football field on third down. That’ll be obviously a point of emphasis for us.”