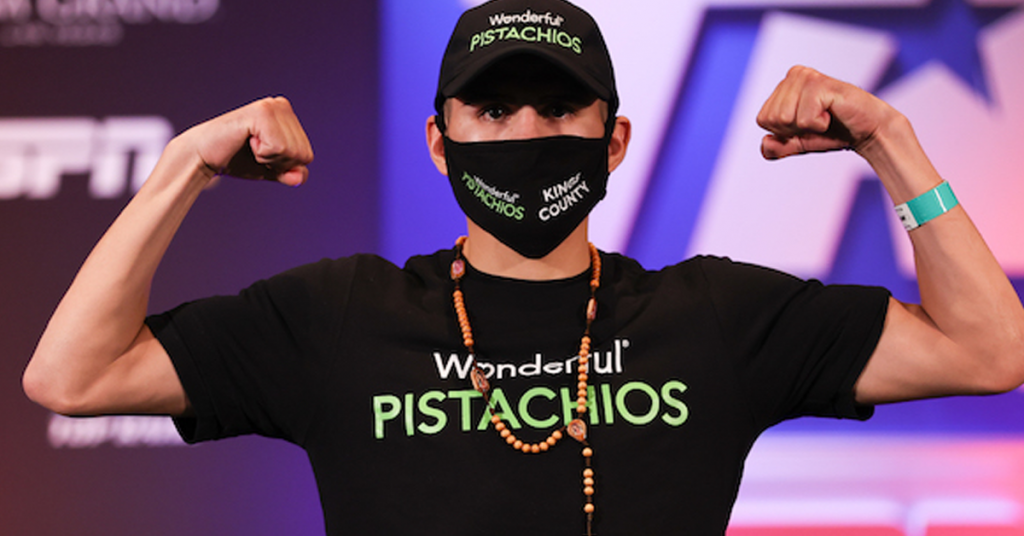 When famed Avenal boxer Jose Ramirez steps into the ring later this month for his next title fight in Las Vegas, he will have a long-time, local supporter sponsoring his trunks.

Wonderful Pistachios – the world’s largest pistachio processor – announced Thursday that its logo will appear on Ramirez’s shorts, and his team will wear additional branded gear during the fight.

“Now that I’m fully vaccinated, it’s a big lift off of my shoulders as I head into the biggest fight of my life because I know I’ve done my part to keep myself, my family and my community safe,” Ramirez said in a statement.

“I dedicate this fight to the farm workers in California’s Central Valley because they’re the true heroes who have maintained our food supply in a safe and steady way during this hard time; thank you. And thank you to Wonderful Pistachios for continuing to support my dreams in the ring and in my community.”

Wonderful previously partnered with Ramirez over the course of the COVID-19 pandemic. In March, Ramirez encouraged employees at the pistachio and almonds plant in Lost Hills to get vaccinated.

Ramirez himself received his first vaccine dose on April 16 at the Wonderful Health and Wellness clinic in Delano and shared videos and photos to encourage others.

An upcoming ESPN docu-series “Blood, Sweat, and Tears” featuring a behind-the-scenes look at Ramirez’s life is premiering on May 9 with the second part being aired one week later.