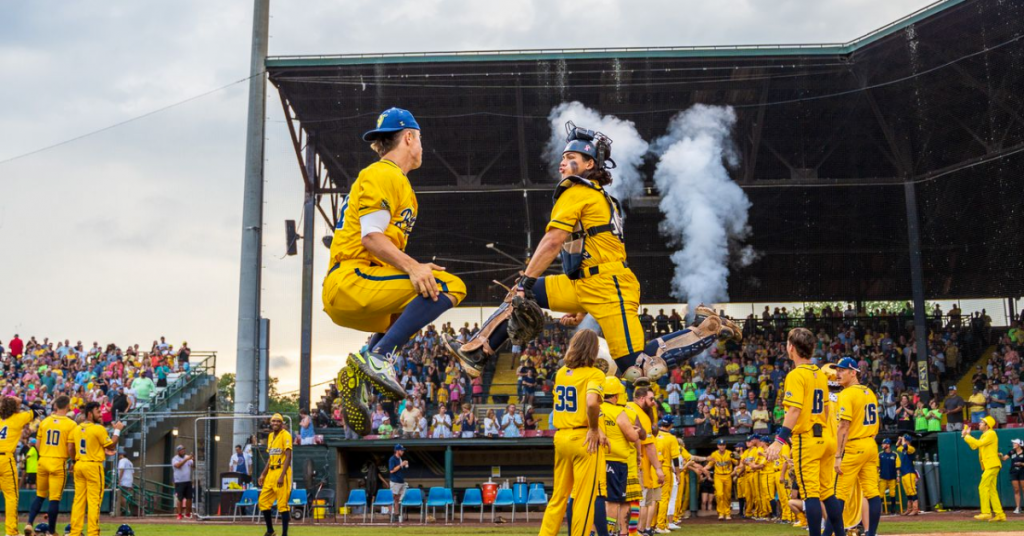 The Savannah Bananas, the Georgia-based independent baseball team that single-handedly shredded every boring rule in the game and has crafted a game day experience like no Major League franchise, will play at Fresno’s Chukchansi Park next year.

Or, in the words of the Banana’s owner, the baseball circus is coming to town.

The team announced it was adding Fresno to its 2023 Banana Ball World Tour, with a date at downtown Fresno’s ball park for July 27.

The team, once part of an independent league, began playing its own style of baseball, dubbed “Banana Ball,” once reserved for home exhibition games.

Under Banana Ball, games are limited to two hours, bunting is banned, batters cannot leave the batters box, coaches cannot visit the mound, walks are sprints, and foul balls caught by fans are deemed to be an out.

So what exactly is Banana Ball? Check it out ⬇️ pic.twitter.com/MDogHZcGQo

“The response has been absolutely Bananas for this world tour,” said Owner Jesse Cole. “Everywhere we go we hear from fans begging us to come to their city. We are so grateful for their support and because of their passion for the Bananas and Banana Ball we knew we had to extend the tour dramatically in 2023. Now we are bringing the show to almost four times the amount of cities as we did in 2022 to make sure we able to connect with as many Bananas fans as possible.”

“Taking the Bananas to Fresno has been something we’ve heard constantly from our fans over the years,” said Cole. “We are fired up to bring an unforgettable show to them this spring.”

The Bananas won’t play the Fresno Grizzlies at their home stadium. The Grizzlies, are a member of the California League in low Single-A baseball within the Major League Baseball system.

Instead, akin to the Harlem Globetrotters, the Bananas will play their rival, the Party Animals.

Despite being an independent club featuring a hefty roster of independent professional players who underwent a scouting and training regimen, the Bananas tour is known to feature big names of former Major League fame.