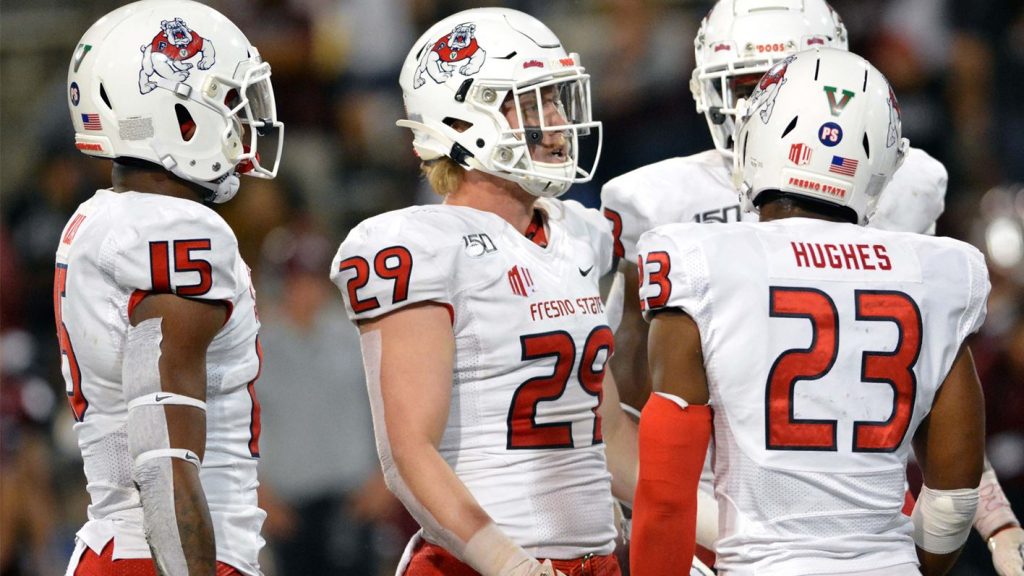 Even with all of the uncertainties surrounding the football program during the COVID-19 pandemic, the Bulldogs were set to have Justin Rice returning for his senior season to lead the defense as one of the best linebackers in the conference.

But that did not pan out. The Mountain West initially cancelled the season on Aug. 10 with plans to explore playing in the spring. Four days later, without any guarantee that the Bulldogs would even see the field in the spring, Rice – the Mountain West preseason defensive player of the year – announced his departure from the program in order to transfer to a team that was playing this fall.

Rice landed at Arkansas State, and the Mountain West didn’t announce a fall season until over a month later.

“It’s tough on my end because I never had a chance to coach Justin Rice, so I don’t know what we’re missing,” defensive coordinator William Inge told reporters Friday. “I just know the young men that we have here, they show up, they do the work, they love exactly what we do and they are truly embracing the system and the culture that we’re establishing here on defense.”

That group starts with Arron Mosby. Last year he teamed up with Rice and Mykal Walker – who is currently turning heads in the NFL with the Atlanta Falcons – to form one of the top linebacker units in the conference.

Walker was a team captain and Rice an all around great player (112 tackles, 3 sacks, 4 forced fumbles and 2 interceptions). Now Mosby leads the group with his experience, and is under the tutelage of Inge, who also serves as the linebackers coach.

Sophomore Levelle Bailey started at linebacker five times last year as a true freshman and played in all 12 games, and Inge has been impressed so far, 11 practices into fall camp.

Inge also pointed to redshirt freshman Malachi Langley and Illinois transfer – and Central High School alumnus – Jacob Hollins as linebackers that are ready to step up into important roles.

Freshman Tyler Mello might not see the field right away, but the Hanford native has caught Inge’s eye.

“He’s got great promise, and he’s showing that he’s willing to learn, do and apply all the things that we want in our defense,” Inge said.

Outside of the linebacker unit, Inge noted that defensive lineman Kevin Atkins – a 2019 All-Mountain West honorable mention – has continued to progress, and defensive end David Perales, a transfer from Sacramento State, has shown great effort, hustle and technique.

On the back end, safety Evan Williams impressed in his freshman season last year and seems poised to take the next step this fall. Inge called him a “defensive general” and said the safety has been one of the standouts so far in fall camp.

“We know that he is going to be one of the centers of our defense, and we’ve definitely been pleased with him thus far,” Inge said.

As a whole, the defense is working to grasp the new 4-2-5 defensive scheme (four defensive linemen, two linebackers and five defensive backs) that Inge is introducing.

The Zoom meetings over the last several months have been productive, with Inge saying the team is not far off from being ready for the first game against Hawaii on Oct. 24.

“Our defense will be consistent in how we apply all of our fundamentals,” Inge said. “We’re going to be aggressive in how we attack those fundamentals, and we will be an attacking defense. We want to make sure that we can dictate the terms on defense, and we can set the bar and help our football team to do everything we can to put winning on our shoulders – we want to be the reason why on our end.”