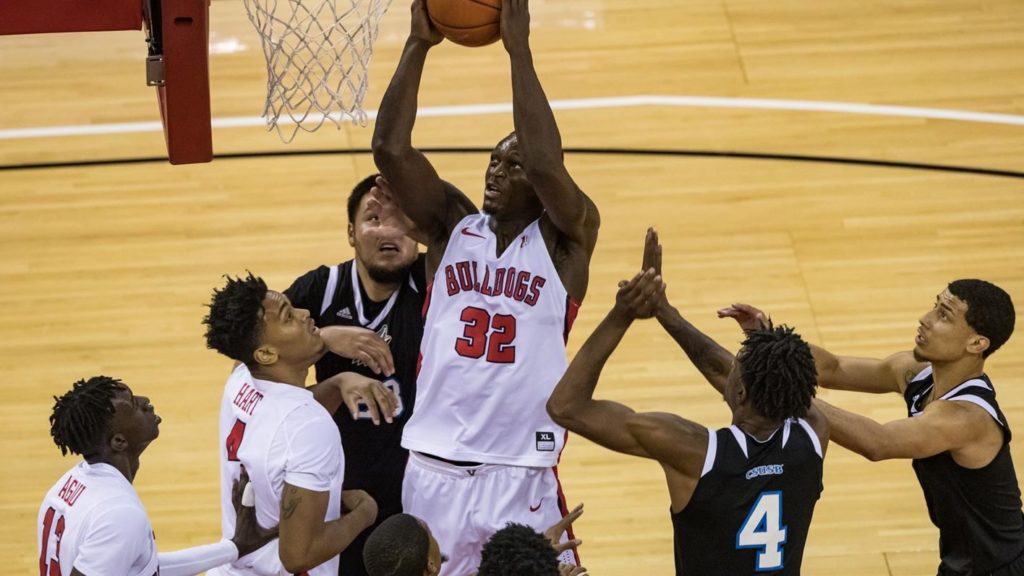 Fresno State snapped a 5-game skid last Saturday when the ‘Dogs beat Cal Poly 62-37. The Bulldogs are now 3-7, a long ways away from where anyone thought they would be 10 games in.

However, it’s still early, and the Bulldogs aren’t out of contention for the Mountain West title yet. They’ve only played two conference games – a double overtime loss to UNLV and an overtime loss to Utah State – so the most important part of the season is still ahead.

The Bulldogs only play 29 games this year since the Mountain West Tournament was moved up a week in March. With 19 games remaining, Fresno State would have to go 17-2 to finish with 20 wins in the regular season.

That’s not happening, but 12 or 13 wins should be achievable. Regardless, Fresno State shouldn’t stay in the bottom part of the conference. The Bulldogs should be able to finish fifth or sixth in the Mountain West and make a run in the conference tournament.

Fresno State has a chance to make up some ground with the three remaining nonconference games, which are all at home. The Bulldogs host IUPUI on Friday and then have San Francisco University and UC Riverside lined up. Come Jan. 1, 2020, it’s all Mountain West competition from there on out.

The Bulldogs are a far better team than their record suggests. Unfortunately – just like their fellow Bulldogs on the gridiron – they’ve struggled to finish games – three overtime losses and three others that came by eight points or less, including a one-point loss to Cal State Northridge.

Fresno State is a young team, even with starting seniors Nate Grimes, Noah Blackwell and New Williams shining at different moments so far.

Freshman Guard Jarred Hyder and freshman forward Orlando Robinson have played the second and third most minutes on the team, respectively.

Given the fact that the freshmen have only played 10 collegiate games, they will only get better as the season progresses, even though they’ve already been key contributors. That bodes well for the ‘Dogs moving forward.

Even though Cal Poly was 2-7 before the Bulldogs applied the 62-37 beatdown last Saturday, the ‘Dogs now have a little momentum going their way and saw some much-needed positive developments.

The Bulldogs dominated near the basket. Grimes had a career-high 23-points and was his usual self on the glass with 12 rebounds. Robinson broke out with 15 rebounds, finally giving Fresno State another rebounding threat outside of Grimes.

So what will it take for the Bulldogs to compete in the Mountain West and not have a losing season?

They’ll need to see more of what Robinson did against Cal Poly. Grimes can’t be the only Bulldog that Fresno State can rely on to bring a physical rebounding effort.

Hyder needs to be Fresno State’s No. 1 option. He hasn’t played anywhere close to his best in the last few games, but he showed early in the season that he has the talent to carry this team.

Lastly, Blackwell needs to simply score more. He scored 18 points against UNLV, but he doesn’t have more than nine points in any other game. If Blackwell and Hyder get going, Fresno State will be just fine.