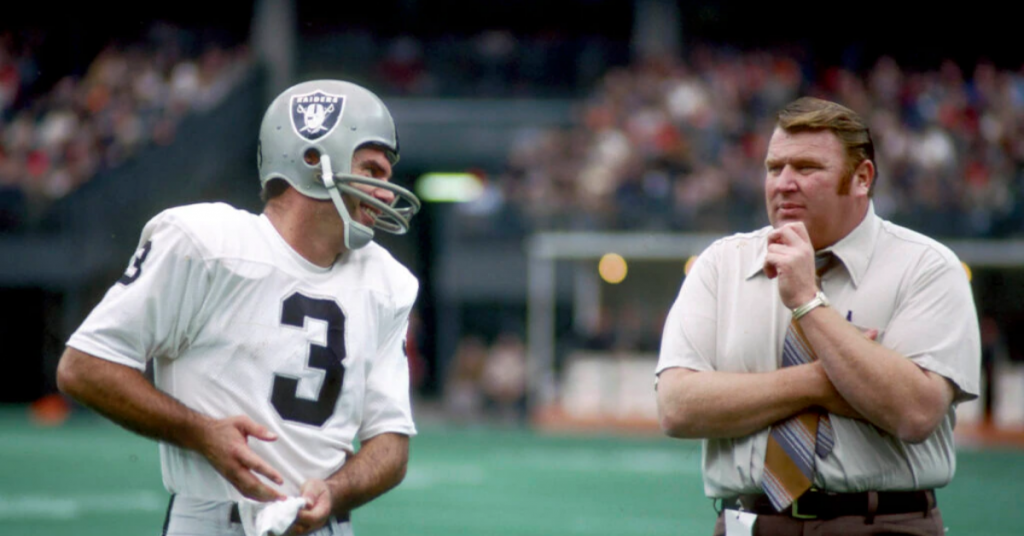 Daryle Lamonica, who starred under center for the Oakland Raiders in the late 1960s and early 1970s, died Thursday at the age of 80,

Nicknamed “The Mad Bomber” during his 12-year NFL career, Lamonica led the Raiders to a 62-16-6 regular-season record in his eight seasons in Oakland, which included four consecutive division titles and AFL/AFC title game appearances and a loss in Super Bowl II to the Green Bay Packers. His .791 winning percentage in the Super Bowl era is first among QBs with at least 70 starts.

The former Notre Dame quarterback joined the club via trade in 1967 after four seasons with the Buffalo Bills, who had drafted him in the 24th round of the 1963 AFL Draft; Lamonica was also selected by the Packers in the 12th round of the NFL Draft, but opted to sign in the junior circuit. Lamonica, funny enough, was traded to Oakland in exchange for, in part, then-quarterback and future Raiders coach Tom Flores.

With the Bills, Lamonica was used more as a weapon on the ground, especially in 1964, when he ran for 289 yards and a league-high six TDs. Lamonica rarely started behind Bills longtime starter Jack Kemp — four games over four seasons, all wins — but often filled in for Kemp mid-game.

Lamonica broke out through the air in his first season as a full-time starter in 1967, leading the Raiders to a 13-1 record, AFL West title and a berth in Super Bowl II. Lamonica led the league with 30 passing touchdowns en route to his first of two AFL MVP honors and first-team All-Pro accolades. Against the Packers at the Orange Bowl in Miami, Lamonica completed 15 of 34 passes for 208 yards, two TDs and a pick-six in a 33-14 blowout loss.