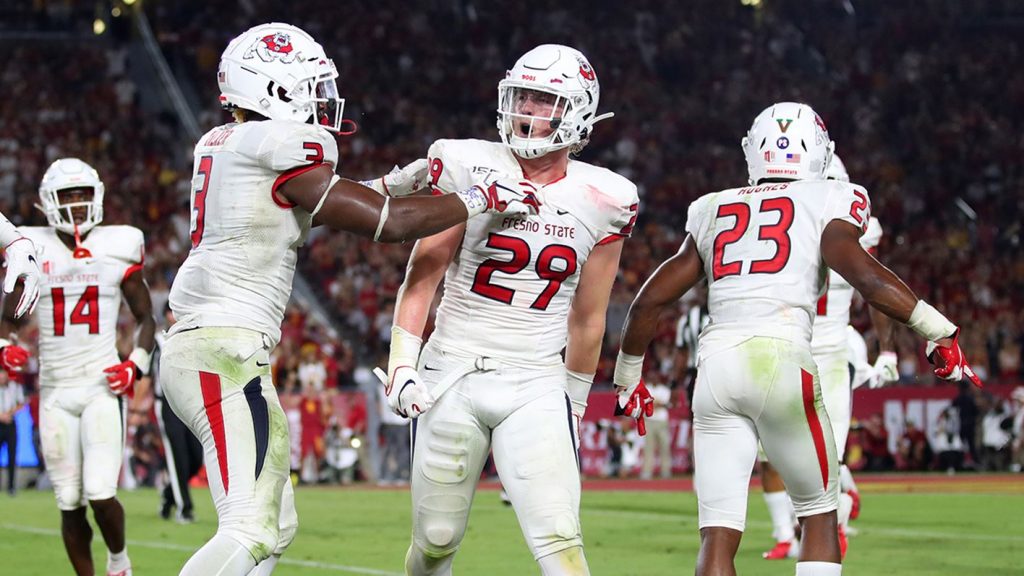 It’s a continuation of a preseason filled with honors for Rice, who was a unanimous selection to the preseason All-Mountain West team on Wednesday and has been named to national watchlists for multiple defensive player of the year awards.

Although the Bulldogs struggled to a 4-8 record in 2019, Rice proved to be one of the best players in the conference. He finished the year with 112 tackles, good for third in the Mountain West.

Former Bulldog safety Derron Smith was the last Fresno State player to be named the Mountain West preseason defensive player of the year, earning the recognition in both 2013 and 2014. However, Smith did not win the end-of-season award either year.

Former Bulldog safety Phillip Thomas was named the defensive player of the year after the 2012 season, and former linebacker Jeff Allison won the end-of-season award in 2018.

Current Las Vegas Raiders quarterback and former Bulldog Derek Carr is the lone Bulldog to earn the preseason recognition on the offensive side. He was named the preseason offensive player of the year in 2012 and 2013, winning both end-of-season awards too.

Colorado State wide receiver Warren Jackson was named the preseason offensive player of the year. Jackson had 77 receptions for 1,119 yards and 8 touchdowns in 2019, including a 178 yards and 1 touchdown against Fresno State.

Utah State kick returner Savon Scarver was named the preseason specialist of the year. Scarver has returned kickoffs for touchdowns in his career. He has also averaged 28.3 yards per return in his career, which places him second among active players nationally.

While Rice is expected to be the top defensive player in the Mountain West, another senior Bulldog has also received some national honors.

Running back Ronnie Rivers was named to the Paul Hornung Award watch list on Thursday for the second-consecutive season.

The Paul Hornung Award honors the most versatile player in the country at the end of the season.

Rivers has been the No. 1 option at running back for Fresno State over the past few years, but he has also contributed in the receiving game and on special teams, racking up 3,207 all purpose yards in his career.

In 2019, Rivers had 899 rushing yards at 5.1 yards per carry and 13 touchdowns on the ground. He also added 352 receiving yards and 3 receiving touchdowns to go along with 120 yards from punt returns.

With 89 career receptions, he just needs 28 more to become Fresno State’s all-time leader in receptions by a running back.

In total, 47 players were named to the watch list, with the majority coming from schools in Power 5 conferences.