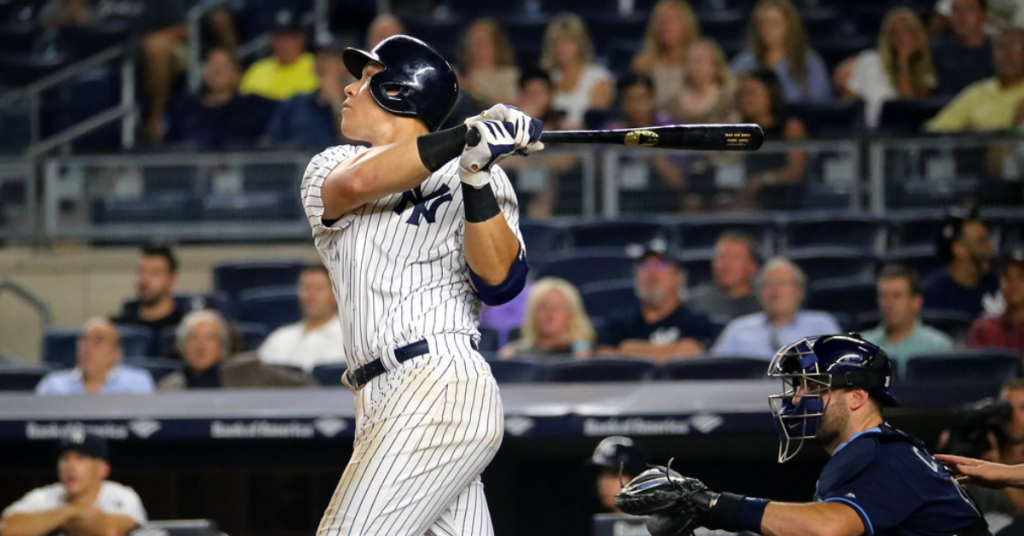 Regardless of the steroid era, Yankees outfielder and Fresno State standout Aaron Judge has broken a long-standing baseball record in its junior curcuit.

The former Bulldog launched his 62nd home run of the season Tuesday on the road against the Texas Rangers, breaking the AL’s record he shared with Roger Maris.

After depositing a Tim Mayza sinker into the Toronto Blue Jays bullpen to tie Maris’ mark last Wednesday, Judge went without a home run during the Yankees’ final regular-season homestand — a three-game series against the Baltimore Orioles. Back on the road, Judge, who had gone 2-for-9 with two singles in two games against the Rangers through Game 1 of Tuesday’s doubleheader, took Texas pitcher Jesus Tinoco deep in the first inning of the nightcap to reach No. 62.

Remember where you were when #AaronJudge made history. 6️⃣2️⃣ #AllRise pic.twitter.com/w4kbDJf5ZC

“It would have been nice to hit it at home in front of the home fans, but at the end of the day, I’ve got a job to do,” Judge said Sunday.

The record-setting homer came three days after the 61st anniversary of the day Maris passed the legendary Babe Ruth with his 61st home run.

“[It is an] honor to be given a chance to be associated with Maris,” Judge said Wednesday after he became forever linked to the Yankees legend as the only players in franchise history to hit 61 home runs. “I can’t even describe it. It’s such an honor to know what Maris did in this game. To get a chance to tie Roger Maris, that’s stuff you dream about.”

Only Barry Bonds (73), Mark McGwire (70, 65) and Sammy Sosa (66, 64, 63) are ahead of Judge on MLB’s single-season home run list. But while Judge holds the AL record, Maris’ son, Roger Maris Jr., said this week that he believes Judge should be recognized as the true “home run king.”