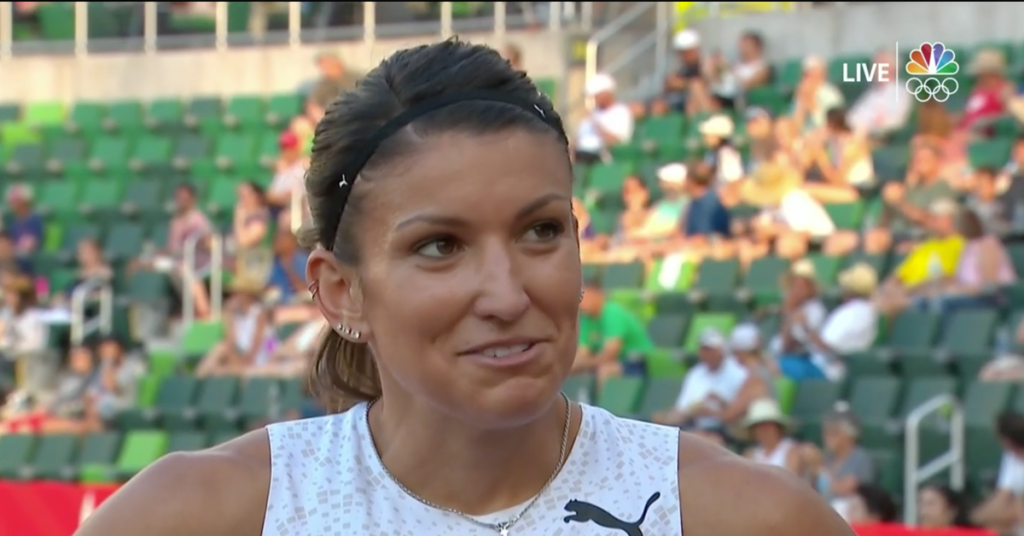 Jenna Prandini has a tall order ahead in the land of the Rising Sun next month.

The Clovis native and Oregon phenom booked a return ticket to Tokyo via the 4×100-meter relay team, but solidified her return to the Olympics on Saturday, finishing second in the Women’s 200-meter finals behind Gabby Thomas.

Thomas, who led all runners during Friday’s semi-final heats, jolted into a sizable lead in the final stretch of Saturday’s final race, netting at trial’s best 21.61 second race-time.

Big 10 champion and Ohio State standout Anavia Battle rounded out the top three of the final, closing out the U.S. Women’s 200-meter team.

Allyson Felix, the most decorated Olympic female track and field athlete, finished the finals in fifth at 22.11 seconds.