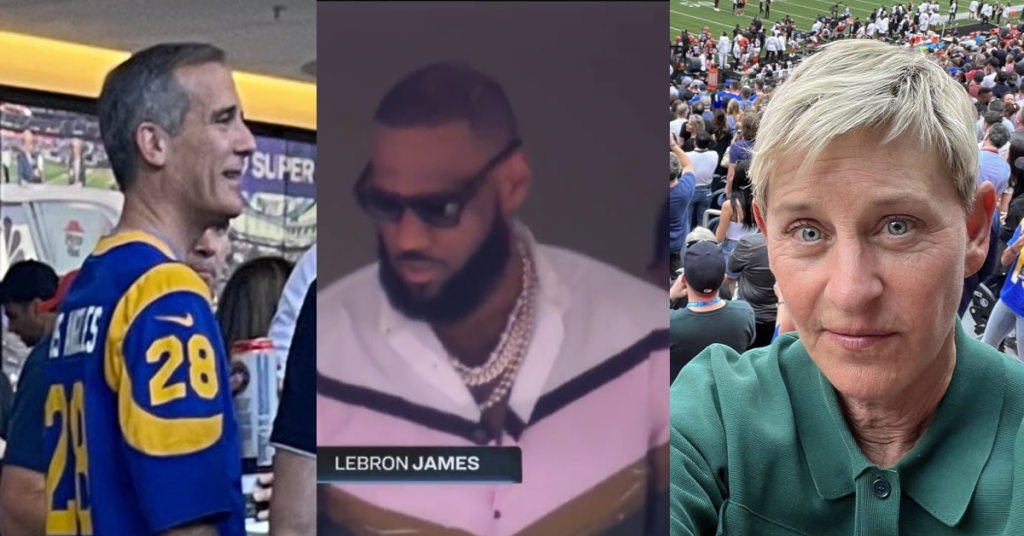 Despite masks being handed out at the Super Bowl, few fans appeared to actually wear facial coverings during the big event.

Everyone who attended Sunday’s event at SoFi Stadium in Inglewood was given a KN95 mask, as Los Angeles County still requires masking at so-called “mega events,” KTLA reports.

But if you watched the game, you probably noticed that a lot of spectators were not wearing facial coverings, including celebrities and many fans.

Social media erupted after seeing Jay-Z, Charlize Theron, LeBron James, Jennifer Lopez, and Ben Affleck enjoying themselves at the game without a mask while they were not eating or drinking, a violation  of California’s indoor mask mandate that is in place until February 15, Fox News noted.

Los Angeles Mayor Eric Garcetti, who responded to prior maskless criticism during the NFC Championship Game that he held his breath while taking photos, was spotted at the game maskless chatting with fans.

LA Mayor @ericgarcetti once again ignoring the mask mandate. That’s the second game in a row (last time he said he was holding his breath), but they are still forcing kids to wear masks every day. pic.twitter.com/PaGRhbye2x

However, children in schools will still be required to wear masks once the mandate is lifted.