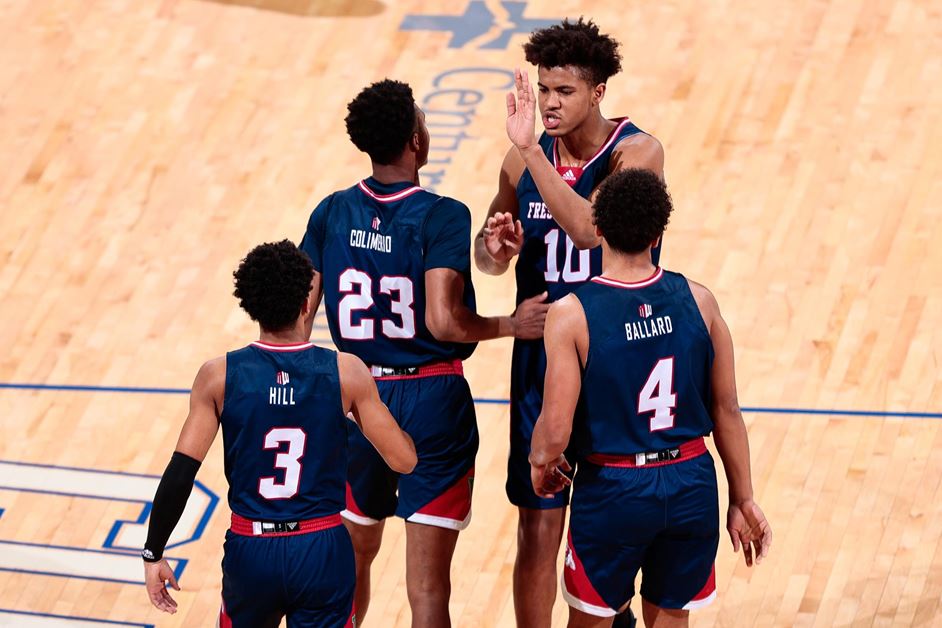 One game after their worst loss of the season, the Bulldogs bounced back in a strong way on the road, beating Air Force 65-40 on Tuesday and in turn snapping a four game losing streak.

Fresno State got off to a fast start, largely thanks to star forward Orlando Robinson, whose six points in the first five minutes propelled the ‘Dogs to an 11-2 lead.

Air Force answered back with a run of its own, cutting Fresno State’s lead to 13-11 over the next five minutes, but the Falcons did not come any closer than that the rest of the game.

Robinson’s early dominance continued as he repeatedly found success in the post and at the free throw line. Robinson led the Bulldogs with 14 points at halftime as they took a 23-15 lead into the locker room.

Unlike the last four games, Fresno State continued to build on its lead in the second half as Robinson added another 12 points to finish with a game-high 26 points.

Point guard Isaiah Hill also came up in a big way for the ‘Dogs to put the game away. He had a quiet first half – missing the lone shot he took – but he stepped up for 15 points in the second half, including making three three-pointers.

Although no other Bulldog posted double digit scoring totals, it did not matter as Fresno State dominated nearly every aspect of the game.

Fresno State posted a 57 percent shooting percentage, which was the second-highest total of the season and about 20 points higher than each of the last four games in the losing streak.

The Bulldogs have been one of the nation’s top five defensive teams in the nation this season, that success continued Tuesday as they held the Falcons to 15-50 from the field and only a 25 percent clip from the three-point line.

Freshman center Braxton Meah was dominant on the glass, pulling in a game-high 8 rebounds in only 11 minutes on the court as the ‘Dogs outrebounded Air Force by a 35-15 margin.

With the win the Bulldogs improved to 17-10 overall and 7-7 in conference play, although they remain in sixth place in the Mountain West, one spot off from earning a first round bye in next month’s conference tournament.