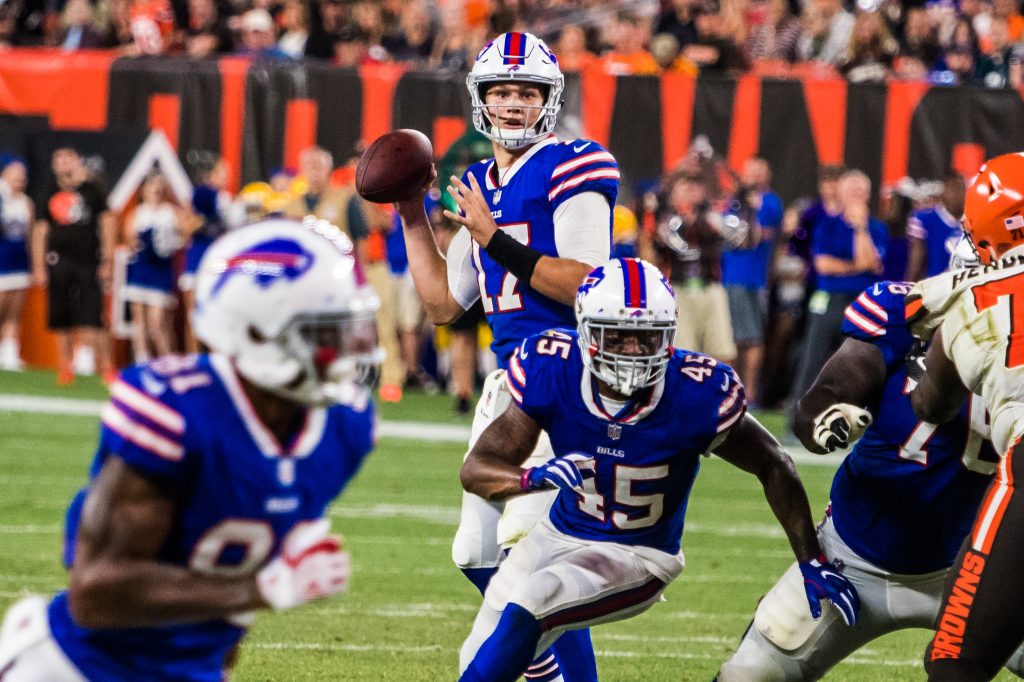 The NFL’s two Valley native quarterbacks shared the first day of the Wild Card round of the NFL playoffs on Saturday.

Five years after sending the then-Oakland Raiders to the playoffs and missing them from an injury, Las Vegas Raiders quarterback Derek Carr finally made his playoff debut in a date with the Cincinnati Bengals.

Early offense from Joe Burrow and Ja’Marr Chase helped the Bengals jump out to a 20-6 lead late in the second quarter before Carr led a trademark two-minute drill to bring the deficit to a single touchdown.

But a last-minute drive in the hopes of delivering a tie and forcing overtime collapsed on a 4th and Goal interception from Carr to wide receiver Zay Jones just in front of the goal line.

Carr closed down the day with 310 yards.

Allen, who quarterbacked at Wyoming before being drafted by the Bills, was 21-for-25 with 308 yards of passing and five touchdowns in a crushing blowout of their AFC East rival New England Patriots.

“At the end of the day, it’s a playoff game that we won and advanced on,” said Allen. “Doesn’t matter what we did this week, last week or the week before. What matters is what we do going forward.”

With the win and a corresponding victory on Sunday, Allen and the Bills are hitting the road for Kansas City next week.