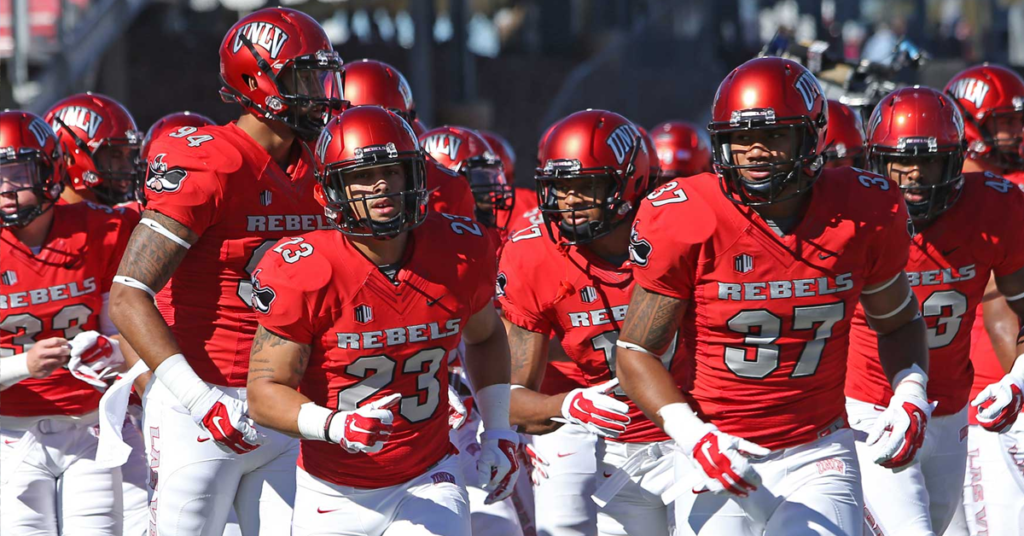 The Bulldogs return home Friday for a matchup with a UNLV that is coming off of one of the biggest wins in program history.

It was unexpected, considering how the Rebels’ season was going up to that point. UNLV enters Bulldog Stadium with a 2-4 record. The only other win came against Southern Utah of the lower-tier Football Championship Subdivision.

Their four losses – to Arkansas State, Northwestern, Wyoming and Boise State – have all been by more than two touchdowns.

The Vanderbilt win flipped the script on the season. Before last week, the Rebels were giving up 37.4 points per game, compared to scoring 23.4 per game. Outside of the run game, very little was going right on offense.

Starting quarterback Armani Rogers went down with an injury in the Wyoming loss. Under Rogers they utilized his running ability as a dual-threat quarterback and ran many run-pass options.

Backup Kenyon Oblad isn’t the running threat that Rogers is and changes their offensive scheme to a more conventional offense without designed quarterback runs.

Although he struggled against Wyoming and Boise State, Oblad excelled against Vanderbilt. He went 11 for 16 with 172 yards and 2 touchdowns to go along with no interceptions. The highlight of the game was a 63-yard touchdown pass to receiver Randal Grimes that Oblad threw with perfect precision and touch downfield.

Against Vanderbilt, the Rebels played to their strengths and relied heavily on their run game. Running back Chad Magyar had a breakout game, gashing the defense for 116 yards and a touchdown. Although starter Charles Williams averaged only 2.9 yards per carry, he’s been the go-to back all season with 598 rushing yards and 7 touchdowns.

In total, the Rebels ran the ball 51 times against Vanderbilt, compared to just 16 pass attempts. They’ll look to repeat that blueprint against a Fresno State team that just gave up 344 rushing yards to Air Force.

Defensively, senior linebacker Javin White is the player to watch out for. He was named the Mountain West defensive player of the week after the Vanderbilt win. He had 2.5 tackles for loss, a 44-yard interception return and a forced fumble.

Head coach Tony Sanchez is in his fifth season in charge at UNLV and has an 18-36 record. Previously, he was the coach at Bishop Gorman High School in Las Vegas, where he lost only five games in six years.

The last time UNLV played in Bulldog Stadium, in 2017, the Rebels shocked everyone and won 26-16. Last year, however, the Bulldogs went on the road and won 48-3. Even though Fresno State is coming off the 43-24 loss to Air Force, the Bulldogs are 15-point favorites.