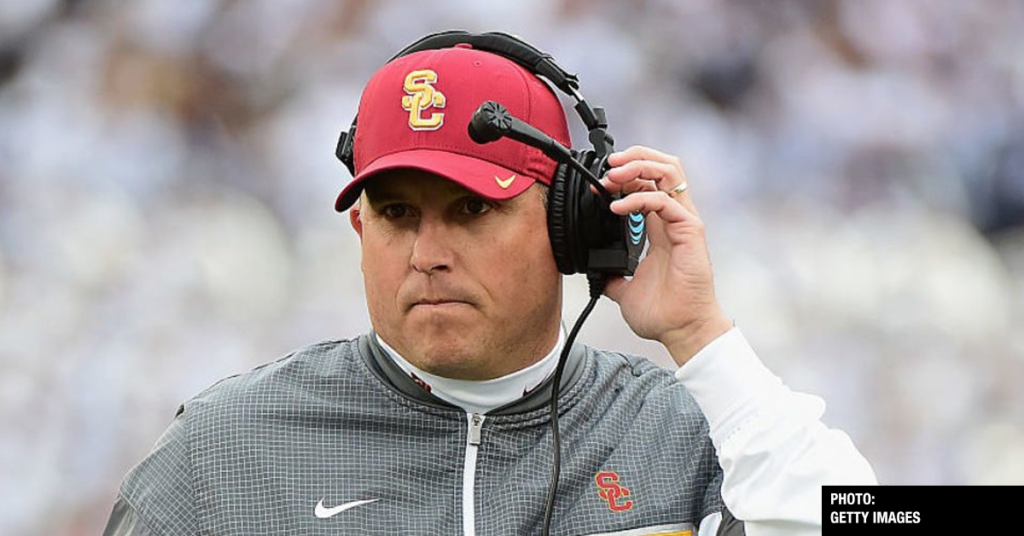 USC football is at an interesting point in program history having endured their first losing season since 2000.

Head coach Clay Helton returns for his fourth full season in charge. He coached nine games in an interim capacity in 2015 when he replaced Steve Sarkisian.

After the disappointing season last year, fans clamored for athletic director Lynn Swann to fire Helton. But Swann backed him and is giving the coach a chance to turn around the program, believing that Helton is capable of taking the Trojans all the way to a national championship, something they haven’t won since the 2004 season.

The Trojans finished third in the Pac-12 South Division, the weaker of the two divisions in the conference. The north had the class of the conference – Pac-12 champion Washington, Washington State, Oregon and Stanford all won at least nine games. The only team in the south to achieve nine wins was division winner Utah (9-5).

USC’s offense was below average last season. It ranked 96th in the nation scoring 26.1 points per game. The defense was in the middle of the pack coming in at 65th, allowing 27 points per game.

There’s one major change from last year for USC with the coaching staff. Helton brought Graham Harrell in from North Texas to run the offense and install the Air Raid system – a pass-heavy and fast-paced scheme designed to simplify the quarterback’s reads and progressions.

Just like the Bulldogs, USC doesn’t return many players with starting experience. The offense returns five full-time starters, and the defense returns four.

Most important of the bunch is quarterback J.T. Daniels returns for his sophomore season. He racked up 2,672 passing yards, 14 touchdowns, 10 interceptions and completed 59.5 percent of his passes and as a freshman.

There was a battle for his starting spot through spring and fall camp, but Helton ultimately stuck with Daniels, saying he was the most consistent quarterback in practice.

The best position group on the team is the wide receivers. Michael Pittman Jr. – son of former Fresno State running back Michael Pittman – leads the pack and is projected to go in the first few rounds in next year’s NFL Draft.

The defense is overall very solid, filled with spectacular athletes that will make life tough for the Bulldogs. There’s no better way to describe them than how Fresno State head coach Jeff Tedford did: “a big, physical, talented group.” No surprises there.

But there is one area that stands out for its inexperience: the cornerbacks. Two sophomores and two freshmen are battling for the starting spots. Sophomore Greg Johnson is the only corner who’s started a game.

Watch out for defensive end Drake Jackson. Although he’s just a freshman, his play through the spring and fall has earned him comparisons to former Trojan and current New York Jets defensive end Leonard Williams. The Bulldogs will have their hands full with Jackson.