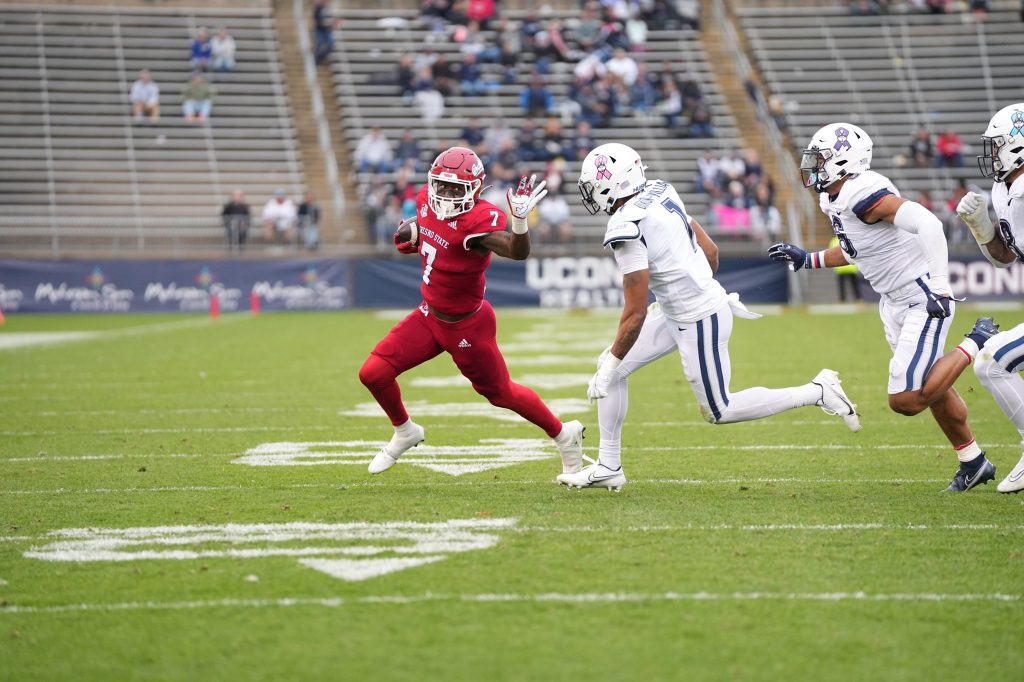 Down their two best players, the Fresno State Bulldogs played arguably their worst game in years as they were defeated by UConn 19-14.

UConn did not play in 2020 because of the COVID-19, and the Huskies’ lone wins since then came against Yale and Central Connecticut.

On the other hand, Fresno State entered the 2022 season with incredibly high aspirations. Before the season, star quarterback Jake Haener said the goal was to make a New Year’s Six Bowl, something Fresno State has never done before.

But it’s turning out to be a season that is all bark, no bite.

With Haener and star senior safety Evan Williams sidelined – as well as several other starters – the Bulldogs fell completely flat against the Huskies.

It started with quarterback Logan Fife, who fumbled on Fresno State’s first possession.

While he came on in relief of Haener two weeks ago against USC and impressed, he never looked anywhere as comfortable and never found any sort of rhythm. He finished the day going 16-22 for 157 yards, zero touchdowns and 2 interceptions.

Fresno State only gained 187 total yards on offense and gained 14 first downs. The Bulldogs did not convert a single third down attempt all game, going 0-7.

UConn did not play particularly well by any means, but the Huskies went 8-17 on third down and held possession for over 36 minutes.

Most importantly, however, the Huskies came through in the fourth quarter with an 11-play, 94-yard drive that spanned 6:06 to take the lead.

A major part of Fresno State’s struggles was the offensive line. The ‘Dogs were already without starting tackle Dontae Bull, and Tedford noted that the line suffered more injuries during the game, which showed with Fife routinely facing pressure.

Running back Jordan Mims, who was averaging 103 yards per game, only picked up 39 yards behind the weakened line.

He did add his fifth touchdown of the season, and wide receiver Nikko Remigio had a dazzling punt return to provide Fresno State’s two lone bright spots on Saturday.

As injured as Fresno State was, UConn was in the same boat.

“Conference play starts,” Tedford said, looking ahead to next week. “We need to get a lot better. I don’t want to use injuries as an issue, but tonight we had some offensive linemen go down during the game. We definitely need a gut check on where we’re going and what we’re doing and be able to be tougher in tight games. Tonight we weren’t. Too many penalties, didn’t execute well enough. So back to the drawing board to start conference play.”

Unfortunately for the Bulldogs, however they will face Boise State, probably the last Mountain West foe they want to see right now.

While this Boise State is not the vaunted team that routinely trounced the Bulldogs under Chris Petersen, the Broncos are 3-2 and are coming off a win against San Diego State.

The Broncos also managed that without starting quarterback Hank Bachmeier, who started 29 games in his Boise State career and announced this week his decision to transfer after offensive coordinator Tim Plough was fired.

Fresno State drops to 1-3 with the loss, and Tedford is 0-7 in his last seven games against FBS opponents, dating back to the four-game skid to wrap up the 2019 season.