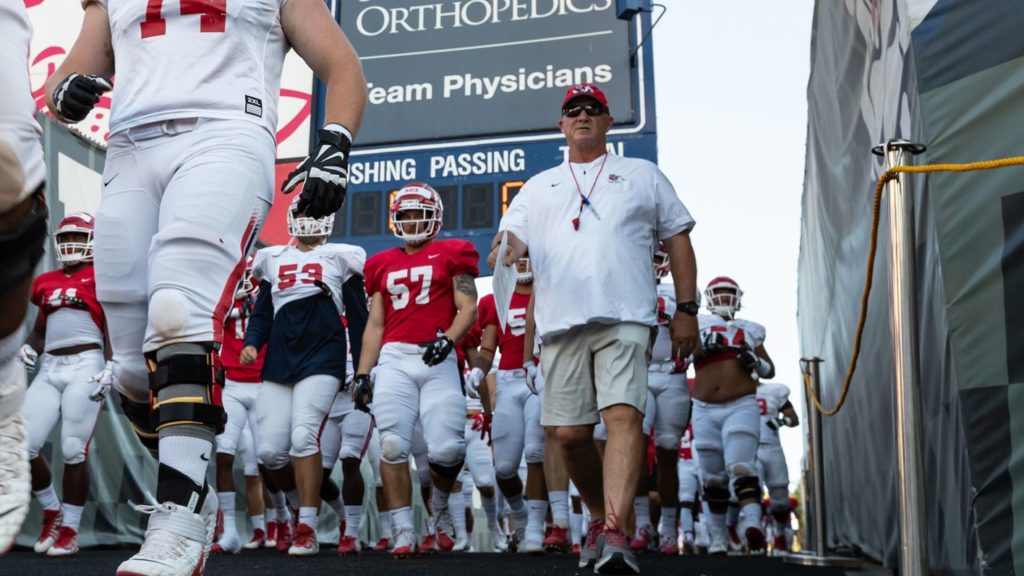 Although Saturday’s season-opener against USC at the Coliseum has all the makings of a big game, the Bulldogs are treating it just like any other game, unconcerned with who the opponent is.

There’s no sign at all from the players that they’re giving this game special treatment, even though USC is a Power-Five program with a storied history.

It’s easy to expect that the Bulldogs would treat this matchup different given the many players from Southern California.

Look no further than free safety Wylan Free. He’s from Los Angeles and was committed to play for the Trojans at one point, before switching to Fresno State. He has as big of a reason as anyone to want to make a statement on the field Saturday. But, like the rest of the squad, he’s calm and collected.

“I’m not going to treat it any differently,” Free said. “I’ll treat it like a regular game – not looking to be out there and try to be Superman. Play my role, make the plays that come my way – that’s about it.”

Cornerback Jaron Bryant said he’s not concerned with who’s on the other side of the ball. He cares about his preparation first and foremost and treats all the opponents the same.

Quarterback Jorge Reyna is from Los Angeles too, playing high school football in Downey and Pasadena before going to junior college at West Los Angeles College.

But he said this game doesn’t mean any more than other games because of where he’s from.

“I think it’s just another opportunity to showcase my abilities and just be there with my team,” Reyna said. “I know people have texted me and called me, ‘Oh my God. It’s a big game.’ It’s not. I was fortunate to go on the trip to Alabama [in 2017] – experience that. That is remarkable. So stuff like that, it helped prep me for this moment, and coming home just feels good.”

As far as any outside distractions go, nothing appears to be phasing the ‘Dogs. Reyna said they’re all locked in, which is head coach Jeff Tedford’s standard.

When Reyna was asked for his thoughts about being 13-point underdogs to the Trojans, he said the team doesn’t pay any attention to the outside noise and is completely focused on what needs to be done to win.

Reyna said he’s been so locked in that he didn’t hear about the big news out of the NFL that Indianapolis Colts quarterback Andrew Luck retired unexpectedly until his girlfriend and father told him long after the fact – an example of where the Bulldogs’ focus is.

Tedford said the team votes on it and typically only picks two captains, but the votes were very close so they chose four.

“That’s the greatest privilege ever,” Reyna said. “I think I’m more emotional in that standpoint more than the game. It’s an unbelievable honor to have your teammates trust you on the field and off the field and see what you do. Left me speechless when I found out.

“Had to call my family. I was like, ‘Wait, is this happening?’ Just a couple years ago I was in junior college. It’s a big privilege and it’s a great opportunity for me.”

Walker shared a similar sentiment to Reyna, saying it’s a great feeling to be named a captain.

“I’ve just earned the respect of my teammates to be picked in a position like that,” Walker said. “There’s great athletes out here. Being able to be picked to lead those guys and have them have the trust in me that I have in them means a lot to me.”