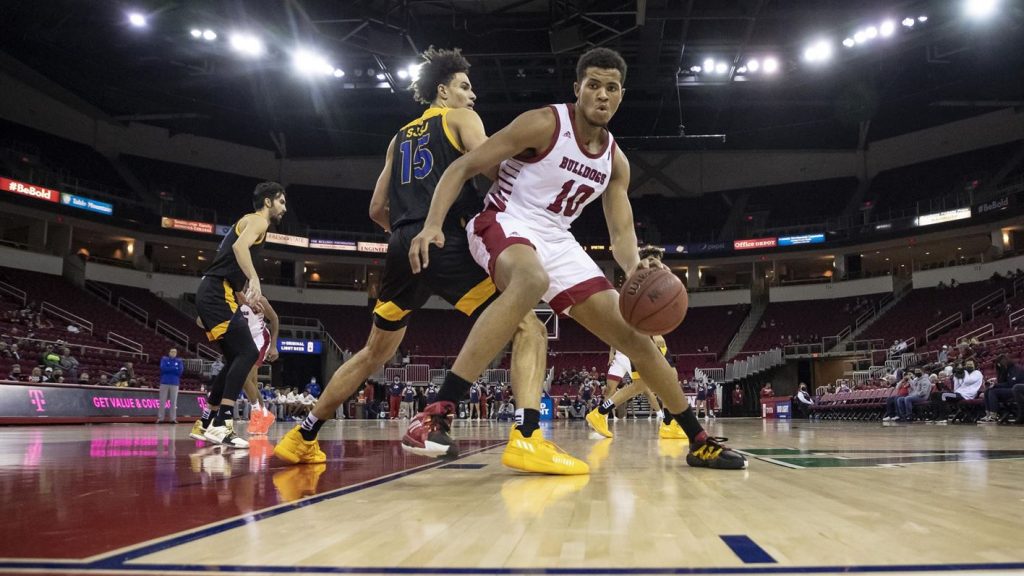 Coming off a thrilling overtime loss at home to Boise State, Fresno State regrouped on Tuesday in a dominant road win against San Jose State.

The Bulldogs defeated the Spartans 73-43, improving to 15-6 on the season and 5-3 in Mountain West play, putting up their most commanding win in the conference this season.

“I’m going to enjoy this one, because we had a heartbreaker the other day at home,” Fresno State Head Coach Justin Hutson told Fox Sports 1340 after the game.

“You just have to enjoy the ones as they come. Our guys, we talked about it, we responded, and we came out.”

Any concerns that the Bulldogs would carry that heartbreaking loss to Boise State last Friday through this week were quickly squashed as the ‘Dogs got off to a hot start in San Jose, taking a quick 9-4 lead in the game’s first few minutes.

But the Spartans answered back with an 8-0 run over the next four minutes, holding Fresno State to just one shot in that period to take a four point lead.

Following a timeout to regroup, the Bulldogs put up a 14-0 run of their own and never looked back.

After heading into the locker room with an 11 point lead, the ‘Dogs and Spartans traded baskets over the opening minutes of the second half as San Jose State pulled within seven, which would be the closest Fresno State was to losing the rest of the night.

The Bulldogs extended their lead to 15 with 6:45 remaining and finished out the game on a 15-0 run, wrapping up their most dominant Mountain West road win in program history.

It was an all-around team win for the ‘Dogs. While superstar forward Orlando Robinson once again had an excellent game with a team high 18 points to go along with 5 rebounds and 5 assists, four other players reached double digits in scoring.

And after a tough night from beyond the arc against Boise State, Fresno State responded shooting 8-12 from three-point range.

Guard Isaiah Hill was a perfect 3-3 on three-point attempts, and guard Junior Ballard came off the bench to add three three-pointers of his own.

Next up for the ‘Dogs is a Friday matchup against Nevada at the Save Mart Center. The Wolfpack come to Fresno on a three game losing streak, but their last win came in the first game against the Bulldogs, 77-73.