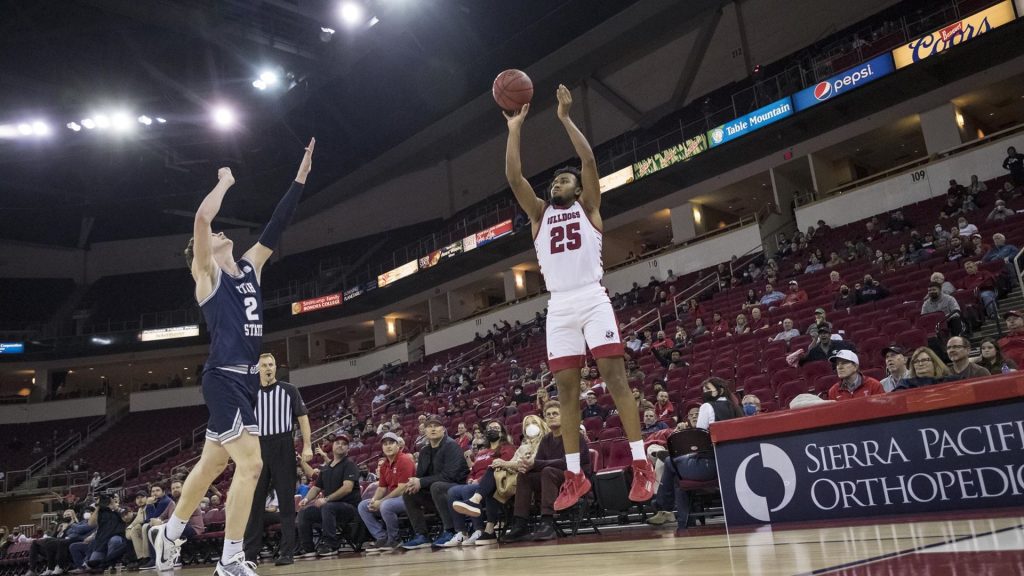 In one of the few times all season, Fresno State did not lean heavily on star forward Orlando Robinson to come away with a win.

Robinson still had himself a fine night – 13 points and 4 rebounds – but was not his usual dominant self.

For once, however, it wasn’t needed Thursday night as the Bulldogs won their first round game of The Basketball Classic against Eastern Washington 83-74.

Guard Anthony Holland stepped up on the offensive end with a team-high 18 points, and forward Leo Colimerio had his best performance of the season, scoring 17.

Coming into the game, Eastern Washington brought one of the nation’s better scoring offenses into the Save Mart Center, averaging 75.3 points per game, ranking 51st.

But it was Fresno State, the team that ranked No. 310 in scoring at 64.4 points per game – not far off from the bottom of the pack – that had no trouble scoring Thursday.

“So they were going to give some resistance on Orlando, but they weren’t going to give a lot of resistance everywhere else to try to bait you into shooting fast, and they shoot fast. That’s a thin line. We want to be aggressive and shoot the ones that are open, but I thought we took some quick ones early that we didn’t need to. We could’ve got it inside or drove it either by throwing it inside or driving it. But I thought we adjusted well.”

Turnovers proved to make a key difference on the night. Fresno State forced Eastern Washington to give up possession 17 times while the ‘Dogs only had 9 turnovers of their own. That led to the Bulldogs scoring 21 points off turnovers, compared to Eastern Washington’s 10.

While the Bulldogs put together one of the best offensive performances of the season, and had a smooth-sailing second half, they found themselves in an early hole.

Eastern Washington jumped out to an early 7-point lead less than four minutes into the game, but the ‘Dogs battled back to tie it up just a couple minutes later.

The Eagles ran right back out to an 8-point lead with 13:41 remaining in the first half, but Fresno State would not fall any further behind all night.

Fresno State battled back and traded the lead a few times and found themselves down 29-28 with 7:21 left in the half.

The Bulldogs promptly went on a 13-0 run over the next 4:44 and never looked back, going up by as much as 18 multiple times in the second half.

With the win, the Bulldogs improve to 20-13 on the season and will move to the second round of The Basketball Classic next Wednesday.