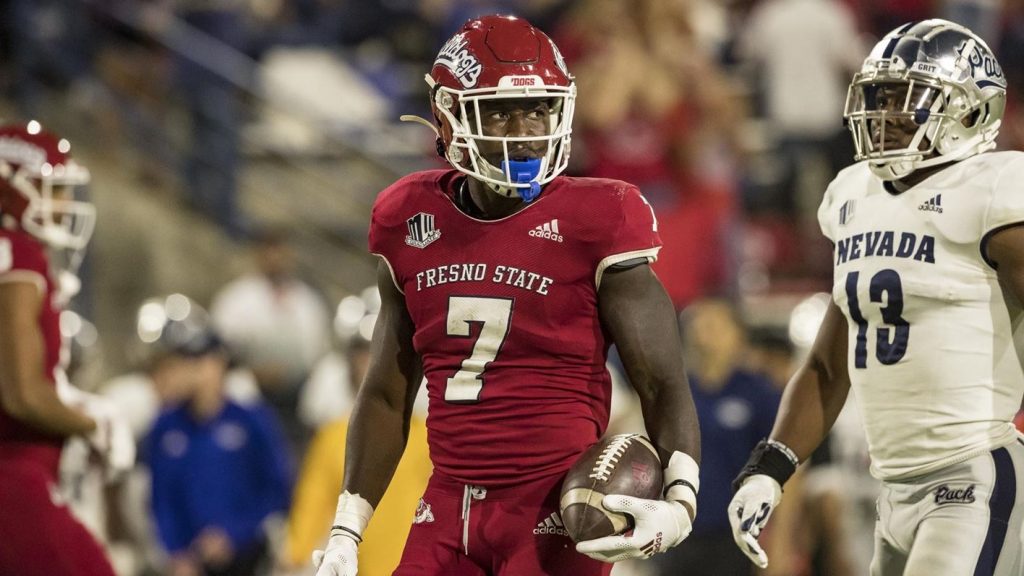 When the Bulldogs take the field on Saturday, hopefully before the first Bulldog Stadium sellout in seven years, they will see an unusual sight on the opposing sideline: a middle of the pack Boise State team.

Boise State heads into Bulldog Stadium with a 4-4 record and sits in third place in the Mountain Division. On the other hand, No. 25 Fresno State just advanced to 7-2 with a win over San Diego State and is in first place in the West Division.

In the last 20 seasons, Fresno State has only had a better record than Boise State heading into the matchup four times.

A Fresno State win on Saturday, with the ‘Dogs claiming the Milk Can Trophy, would put the Broncos at-risk of having their worst season since they joined the WAC in 2001 and became Fresno State’s nemesis. Excluding the pandemic-shortened 2020 season, Boise State’s worst finish in the last 20 years was in 2013 with an 8-5 record.

But even though the Bulldogs finally outclass the Broncos with their respective records, Fresno State Head Coach Kalen DeBoer is not expecting to face anything less than a classic top-of-the-line Boise State team.

“I’ve already had it said to me a number of times they don’t have the record they normally have. Well if you look at their losses they’re very close losses, and they have beaten good teams, very good teams,” DeBoer said on Monday.

“We already know that you throw the records out the door for this game no matter what.”

DeBoer also pointed to the fact that Boise State is still in the hunt for the Mountain Division, only having one more conference loss than the two teams in the lead (Utah State and Air Force).

“There is so much to play for even beyond the rivalry that exists between us and Boise State,” DeBoer said. “We expect everything and anything coming at us on Saturday.”

DeBoer and offensive coordinator Ryan Grubb are confident that two of their banged up stars will be good to go on Saturday.

Wide receiver Jalen Cropper went down with a knee injury in the third quarter against San Diego State and had to be carted off the field. He returned from the locker room later in the game and was jogging up and down the sideline, but he did not see any more playing time.

“It doesn’t look like anything serious,” DeBoer said when asked Monday about Cropper’s injury.

Grubb said he talked with Cropper Sunday night and felt the receiver was doing well. With the off-day Monday, Cropper came into the training room to have his knee worked on.

Running back Ronnie Rivers had to miss the win over the Aztecs after he was knocked out of the Oct. 23 win over Nevada in the first quarter with a lower leg injury.

Although Rivers was cleared to practice last week, he would not have been able to compete at 100 percent capacity against San Diego State.

“It wasn’t that necessarily Ronnie couldn’t go, it just would’ve been in a limited capacity,” Grubb said.

“For Ronnie, what you don’t want is if he can only be limited and he gets out there and further aggravates the injury, you set him back for the remainder of the season. I don’t think that’s a prudent decision for Ronnie.”

Grubb said the coaching staff feels “really strongly that he’s going to be able to go this week.”

After he came on in place of the injured Rivers against Nevada and had a career night, Mims followed that up with another career performance last Saturday against one of the nation’s top defenses in San Diego State.

Mims rushed for a career-high 186 yards and 2 touchdowns, averaging 6.4 yards per carry against a defense that was only giving up 2.5 yards per carry up to that point in the season.

It was the second week in a row that Mims earned the Offensive Player of the Week Honor.

Williams posted a career-high 13 tackles against the Aztecs, leading the Bulldogs in that category for the sixth time this season, and had 1 interception which he returned for 36 yards into San Diego State territory.