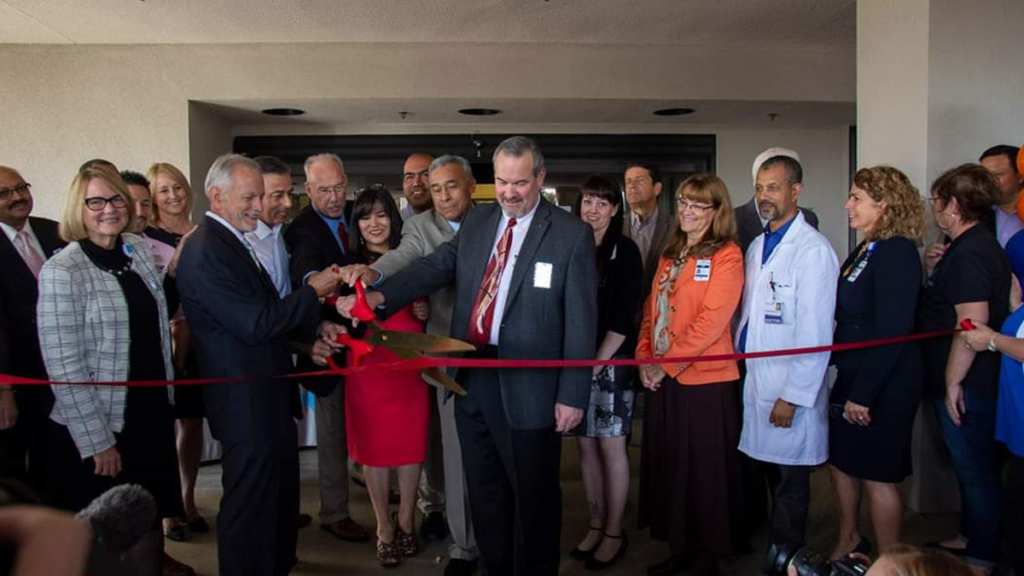 Although it has faced many challenges over the last few years, Tulare’s hospital is in the best shape it’s been in years.

Now the former management company is ensnared in considerable litigation surrounding its operation of the hospital.

Amid bankruptcy proceedings, the hospital district evaluated and assessed its position and opted to tap the services of Adventist Health, a non-profit organization with hospitals throughout the Valley, including in Hanford.

The hospital reopened in October 2018.

Now rebranded as Adventist Health Tulare, the hospital has set its sights on providing much needed quality medical care for Tulare – not only bringing the hospital back from its former heights, but expanding its quality to be much better than before.

Hospital president Randy Dodd told The Sun construction should be completed around June 20, and then it will be up to State regulators to give the all-clear.

“The excitement is about that first baby being born here again,” Dodd said. “There are generations of families that have been born in this hospital, and to have had that stopped for the last year and a half is painful for some of them.”

There will be 11 beds in the ward, and initially there should be five doctors. Dodd expects more doctors to join the team further down the line.

Adventist Health has put about $1 million into the department, giving it a much needed facelift, Dodd said. It is comparable in size to the department before the hospital was closed but is in much better shape now.

Once the maternity ward is completed, the next services to come online are the sleep lab, nuclear medicine, electroencephalogram (EEG) testing, the cardiac catheterization lab, and mammography.

The sleep lab will run studies including sleep apnea and will have two beds, Dodd said. He’s hoping the lab will open in August, but it could be delayed because of state licensing.

Adventist Health initially lent over $9.5 million to the district to reopen the hospital as Tulare Regional Medical Center.

Tulare residents voted in favor of Measure H in November 2018, which gave the district the authority to lease the hospital to Adventist Health.

Since reopening, Adventist Health has about $10 million in investments planned between this year and next year.

Dodd said the hospital has been operating at a loss since reopening, but expects to break even on operations this month and cover the prior losses by the end of the year.

The hospital originally opened in 1951 and currently has 108 licensed beds and over 400 employees.

Adventist Health Tulare has served more than 17,000 patients since reopening, averaging at more than 70 patients a day, Dodd said.

In order to keep growing and providing quality medical care, the hospital needs to find the right doctors, which can be challenging. Also, many specialists left Tulare when the hospital closed.

“It’s challenging,” Dodd said. “We’re in a health provider shortage area. Most of the Valley is underserved by physicians. We have some significant health issues in the Valley.”

While it is a challenge, Dodd said Adventist Health has had success recruiting physicians to the Valley, specifically to its Hanford location.

“I’m sure that that success will also follow us here in Tulare, but you have to find the right doctor that likes an area like this,” Dodd said. “And hopefully you find somebody that understands small communities and rural communities.”

Adventist Health has a family practice residency program in Hanford and Selma, which helps counter the shortage. While the program helps with the doctor shortage, it doesn’t produce specialists.

“But what we find is that the specialists we have here know other specialists, and they speak highly of being a part of the valley and living in this area,” Dodd said. “And they attract their friends and colleagues to come this direction as well, which makes quite a difference.”

With the hospital’s recent success and future plans, one major project still hangs in the balance and could determine the future success of Adventist Health Tulare: the unfinished hospital tower project, nicknamed the “Tower of Shame.”

The unfinished tower already used up all $85 million in bond funding, so it’s out of money to complete at the moment.

While the health care district owns the tower, Adventist Health is working closely with the district to figure out the project’s future.

Dodd said Adventist Health has architects and engineers reviewing the tower trying to determine its design quality and what it could cost to complete it, even if it’s just one floor at a time.

The future of the hospital hinges on the unfinished tower.

“We will run into an earthquake-safety requirement at 2030 that takes away some of the existing hospital and its use,” Dodd said. “So the tower is our ability for us to provide continued services once we get to the date of 2030 and those new [regulations] kick in.”

It will likely be years before a solution is presented, but another public bond, private equity funding, and Adventist Health buying the hospital are all possibilities.

But it’s all speculation at this point – one step at a time for Tulare’s hospital.