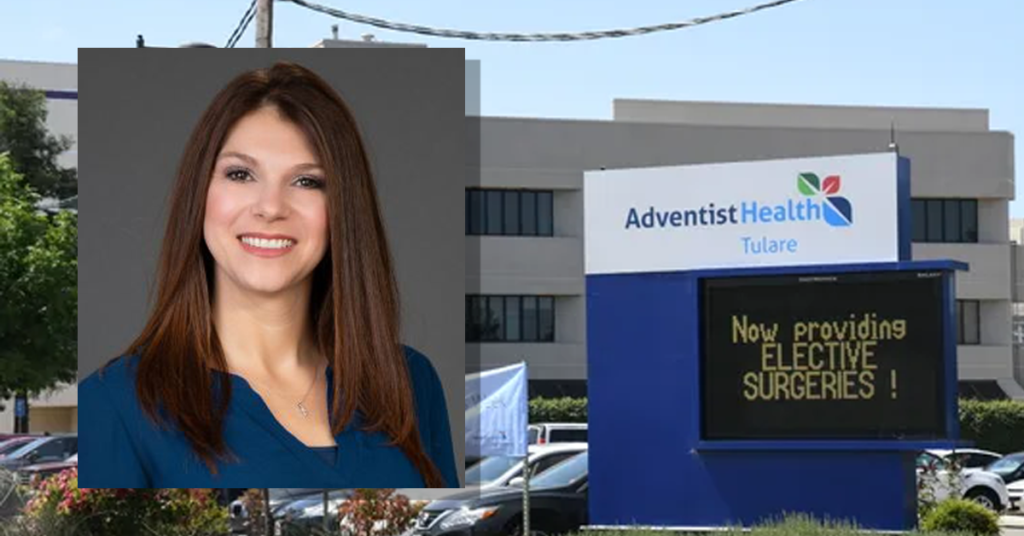 The nearly-completed obstetrics unit at Adventist Health Tulare has a new director, the hospital announced Monday.

Toni Lynne Gonzales will lead the resurrected department, which is scheduled to open July 15.

“I’m really excited to help reopen birthing services for the community of Tulare,” Gonzales said in a release. “I grew up in a small town so I can completely relate to the warm feelings this tight-knit community has for its hospital. Plus, many of the Tulare nurses came to Hanford when their hospital closed, and they are some of the best nurses I’ve worked with.”

She first served as a registered nurse at Adventist Health Hanford in the nursing unit before moving into women’s services.

She worked at the former Central Valley General Hospital and then at the newly built Hanford Birth Center at Hanford Adventist Health.

She joins Adventist Health Tulare after most recently serving as the lead quality specialist registered nurse responsible for driving and monitoring care transformation for Adventist Health in the Central Valley.

Adventist Health Tulare reopened in October 2018 after being closed for nearly a year. The hospital, formerly Tulare Regional Medical Center, declared bankruptcy in October 2017 and voluntarily closed its doors.