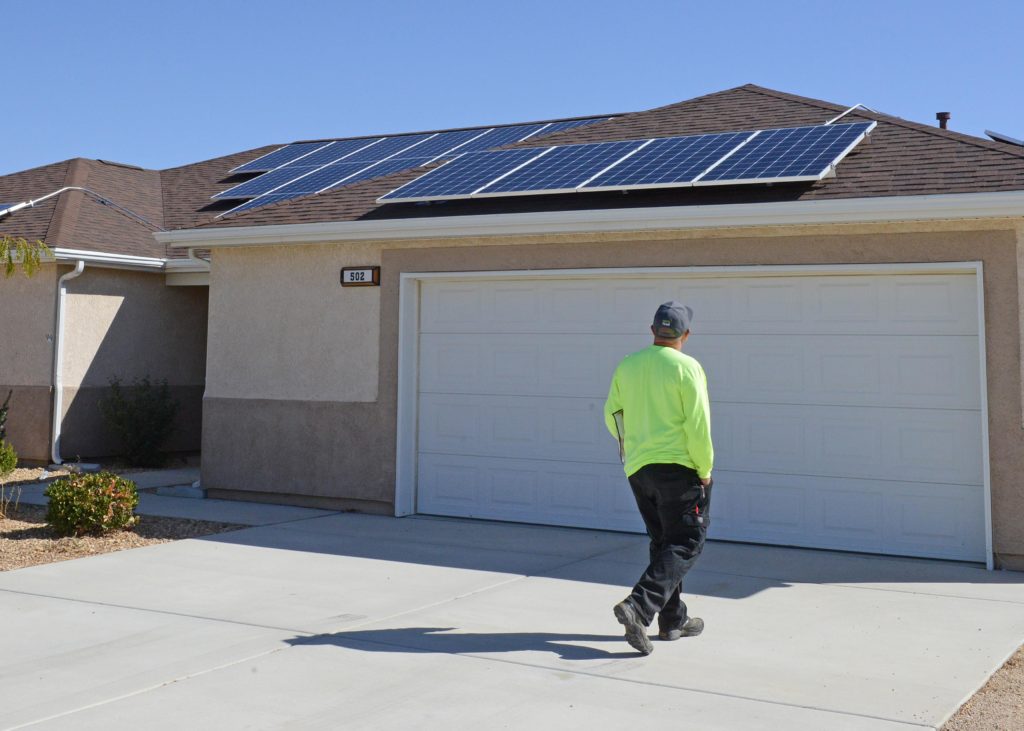 A unique method to financing solar panels for Valley homes has slowly pitted property owners, realtors, contractors, and government officials against each other.

On the surface, the Property Assessed Clean Energy (PACE) program is straight forward. It gives homeowners an affordable opportunity to finance solar panels, as well as other improvements, for their homes.

But there’s a reason why some cities, including Visalia last month, have eliminated the program.

While the residential program might be just what a homeowner is looking for, it isn’t without contention.

California has regulated PACE multiple times in the last few years. The state now requires evaluations of the property owner’s ability to pay, debt obligations and home equity, among others.

Although Siebert said it’s a great program that could be the answer homeowners are looking for, not everyone agrees.

Visalia City Council voted 4-1 to rescind the program from the city, only two years after the council voted to keep it.

It’s still operating in other parts of Tulare County and around the state, including parts of Kings and Fresno Counties.

The way the loans work is that they are automatically paid back through the borrower’s property tax bill, which brings local governments into the mix because they are then responsible for collecting the payments.

Visalia City Councilman Brian Poochigian brought the issue up with PACE because he didn’t want the city to be in the loan giving business, he told The Sun.

An issue with the program, Poochigian said, is that individual cities have to endorse and allow it in order for people to use it.

“There’s so many different programs out there for you to finance solar, or energy saving equipment, that the city didn’t have to endorse,” Poochigian said. “And I just didn’t think that we need to be in that type of business.”

Poochigian said he saw ads on Facebook for PACE that had the city’s logo with it and felt that wasn’t right.

“I’m not against energy efficient programs at all,” Poochigian said. “I just don’t think the city should be endorsing one over the other ones.”

Another point of contention with PACE is how the loan is applied – in front of the mortgage as a super lien.

Brian Gilbert, President of the Tulare County Association of Realtors, spoke at the city council meeting in support of eliminating the program.

He told The Sun that PACE ultimately makes it difficult for individuals to pay off their houses and pay off the loan.

The super lien amounts to negative equity on the house, which may be especially problematic for low income individuals when it comes time to sell.

“Anytime they put a super lien on it, it decreases their equity in the house,” Gilbert said. “That’s the issue homeowners face. That’s why we were advocating against it, because a lot of people do not understand that that’s what happens to them.”

But on the opposite end of the scale are contractors, who see the benefits of the program and work with the people who can utilize it.

Siebert praised the program because it makes solar available to homeowners that otherwise couldn’t afford it.

The PACE loan is tied to the property and not to personal credit, so it’s easier for people to qualify for a solar loan using the program, Siebert said.

It’s not just low-income individuals who use PACE though, Siebert said. Many customers who have a high net worth like the program because it doesn’t affect their borrowing ability.

Siebert said his company uses PACE on five percent of its projects, so it won’t be a big loss for his Visalia projects. But he said it’s a shame it was eliminated because it’s often the perfect option for people.

Tulare County Supervisor Kuyler Crocker said he doesn’t anticipate other cities in the county following in Visalia’s footsteps and eliminating the program in the immediate future.

But since it’s up to each individual city, it could happen at anytime.

Gilbert said that while no one has approached him in the last two months about another city looking to eliminate the program, when it comes up for reevaluation, the association wants to make sure the public knows its position.

While eliminating PACE is not necessarily on the immediate agenda for more cities, it’s a point of contention and could see some further reevaluation down the line.

If a homeowner is unable to pay the PACE bill, the house will be foreclosed.

“If you don’t pay a super lien, they foreclose your house,” Gilbert said. “You lose your house, and I think that’s a bad situation for anyone to get themselves into if they don’t completely understand it.”