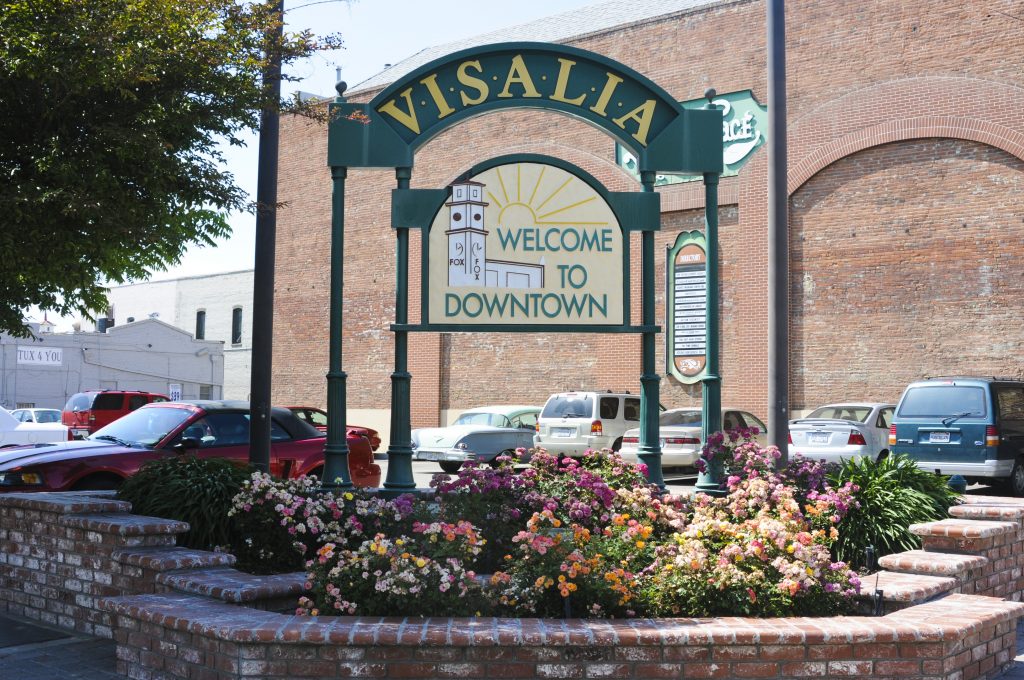 Sixteen Visalians are vying to fill an empty spot on the city council.

Following the passing Vice Mayor Phil Cox in June, Visalia lawmakers decided to take applications for the District 1 seat and make an appointment instead of holding a special election.

The appointee will serve on the Visalia City Council up to the November 2022 election, at which time voters will select a councilmember to fulfill the remaining two years of Cox’s term through 2024.

Here is a look at the 16 candidates:

Maaske has worked in real estate and construction since shortly after graduating from Exeter High School in 1975 and, if appointed, does not intend to run for the seat in 2022. He is offering to be a placeholder on the council.

Maaske started a real estate brokerage and property management company in Visalia in 1986, which oversees both residential and commercial properties.

Valley residents have had the opportunity to listen to Maaske on the radio for over 30 years. He is the host of Real Talk, a Saturday morning real estate program that aired on KMJ from 1989-2019 and has been on Power Talk since February.

He most recently ran for Tulare County Supervisor against Visalia’s Amy Shuklian in 2020. Shuklian defeated Maaske en route to her second term on the Board.

Maaske has served in various local positions over the years, including the Tulare County Assessment Appeals Board, the Measure N Oversight Committee and the Visalia General Plan Update Committee.

He is also the former director of the Boys & Girls Club of Tulare County and the former Planning Commissioner for the City of Exeter.

Rodriguez moved to Visalia at the age of 10 in 2005. Since then, she graduated from Mt. Whitney High School in 2013 and has been enrolled at College of the Sequoias since 2017.

She has worked for several years with Act for Women and Girls, a Tulare County nonprofit that focuses on education and resources for women and girls.

In her application, Rodriguez says she views herself as a possible face and liaison for the Latin American community in Visalia.

Following graduation, Kapigian worked as a sales associate for Superior Air in Visalia until he moved to Stockton in 2017 to work for Robert Half International as an account executive before returning to Visalia in 2018.

Kapigian has been actively involved with the Tulare County Farm Bureau, including as a career night panelist for the youth leadership program.

In his application letter, Kapigian noted the lack of representation in local government for the under-30 demographic, which he belongs to, and feels that he would bring fresh ideas and perspectives to the table to advance Visalia forward.

Wynn, a former Visalia Planning Commissioner, is also only interested in serving on the council in the interim until the November 2022 election.

Wynn has been the Director of Hospital Foundation for Kaweah Delta Hospital District for the past two years. Before her position with Kaweah Delta, Wynn worked as the executive director of the Visalia Emergency Aid Council for four years.

Wynn was named the 2021 Woman of the Year by Assemblyman Devon Mathis (R–Visalia) and has served on various boards, including the City of Visalia Housing Element Task Force, the Rotary Club of Visalia and the Visalia Education Foundation, among others.

Ruiz currently serves as the Deputy County Counsel for Kings County since 2014, where he has provided the board of supervisors with legal services as well as representing the county in civil cases.

Before his time with Kings County, Ruiz worked as an attorney with the Children’s Advocacy Group in San Bernardino, the Public Defender’s Office in Riverside and the Orange County District Attorney’s Office.

He graduated from the Seattle University School of Law in 2013 and has served on the Citizens Advisory Committee as well as the Kings County Homelessness Collaborative.

Currently, Broadman provides mediation and arbitration services in his practice in California and New York.

Broadman has received a distinguished service award from the Tulare County Sheriff and a certificate of appreciation from the Visalia Police Department. He is also a member of the Judicial Council Advisory Committee of Family Law, the Tulare-Kings County Legal Services Association and a former member of the board of directors of the Kaweah Delta Hospital Foundation.

Olsen is a former City Planner with the City of Fresno, where he worked from 2016-2019.

After his time in Fresno, he moved to Visalia to work as an associate planner with Provost and Pritchard Consulting Group, where he provides contract planning and environmental documentation services for various public agencies and companies throughout the Valley.

He has also worked for the San Joaquin Valley Clean Energy Organization, Fresno County Economic Development Corporation and the City of San Jose, among other stops.

Trevino has been an employee of the Tulare County Solid Waste Department since 2016, where he has worked as an environmental coordinator, an environmental supervisor and an engineering technician.

Before his time with the county, Trevino worked as a geotechnical lab manager with Jaxon Baker Dry Creek Rock and Asphalt in Porterville for three years.

“From founding a homeless kitchen and closet to coaching soccer teams and working with youth and serving on the Board of Elders and Worship Leader at my home church, I have sought to solve problems and be of service to the people I live with and around,” Trevino wrote in his application.

Arzola is a full-time tenured political science professor at the College of the Sequoias, where he has worked in various capacities since 2006.

In addition to his work at COS, Arzola has also taught at West Hills College and Reedley College.

Before entering education, Arzola served in the US Marine Corps for over six years as a Marine Corps Base Safety Tower Operator.

Hassan has worked as a program analyst and database administrator with the Kings County Office of Education since 2012. From 2004-2012, Hassan worked for the KCOE as an LAN support technician.

Before moving back to Visalia in the early 2000s, Hassan worked in Silicon Valley for a couple companies in computer programming.

In his application, Hassan said the city council needs to focus on improving Visalia’s city plan, specifically in regards to widening streets and adding more grass areas, parks and playgrounds for the public.

“I want to reduce the number of crimes in our neighborhood,” Hassan wrote. “I will work hard for the future of our city and bring educational opportunities for our young kids and employment opportunities for the people.”

Woods, a eight-year Navy veteran, has worked as an instructional technology specialist with the Tulare County Office of Education for the past 20 years.

He has also served as the chairman of the Visalia Parks and Recreation Commission since 2016.

“Public service has been a part of who I am since leaving high school in 1984, is core to every job I’ve ever held, and has always been a part of my volunteer work on behalf of Visalia’s citizens,” Woods wrote in his application. “I understand the complexities inherent in decision making, the importance of collaborative work, and the absolute necessity of communication to those I’ve served.”

Farris, a sixth-generation Visalian, has a career as a private voice and piano instructor. In her application, she said she had already intended to run for City Council in the next election.

“I believe my experience, qualifications, and personal strengths align with the city’s current and future needs,” Farris wrote in her application. “You will not find a person more appreciative of our unique and diverse community, nor will you find someone more invested and hopeful for our collective future.”

Farris is a member of Networking for Women and a board member of the Sequoia Symphony, and she has experience with Visalia Parenting Network, Visalia Rescue Mission’s House of Hope and Visalia Emergency Aid, among other organizations.

Hamilton, who has worked with RE/MAX in Visalia as a real estate sales associate for the past four years, had initially intended to run for City Council at the end of Cox’s term.

Aside from her real estate experience, Hamilton has also worked for KJUG-FM 106.7 as an assistant program director, music director and morning host.

She has also been involved with the Las Madrinas Guild, Visalia Republican Women Federated and Habitat for Humanity, among various other organizations.

“I know that with my past experience, my dedication for serving our community and my love for Visalia will enable me to excel in this role,” Hamilton wrote in her application. “Since I have spent the majority of my life here, I truly want the best for our city, and those who live in it. I believe one can only truly love where they live if they feel a part of it.”

Halls has worked as the deputy chief credit officer for Suncrest Bank since 2015, which comes on top of a career in banking that started in 2000.

He is a board member of the Visalia Rescue Mission and has previously served on the boards of United Way of Tulare County and the Visalia Chamber of Commerce.

“I was inspired by watching Phil Cox and getting to know him as he served District 1,” Halls wrote in his application. “He modeled active, selfless leadership. He not only attended events, but planned and participated behind the scenes. I once spotted him mowing my neighbor’s lawn as part of [a] service project. That is the kind of public servant I aspire to be.”

Lomeli is currently a human resource manager for JG Boswell Company in Corcoran, where she has worked for the last two years, topping off a career in human resources.

In her application, Lomeli said her interpersonal, people-centric nature, and compassion give her the excellent decision-making skills for the job.

“As the daughter of immigrant parents, a naturalized citizen, and mother of a first-generation daughter; I have a passion to serve my community,” Lomeli said. “My greatest satisfaction comes from knowing that I am contributing to helping people grow and making a positive impact.”

Johnson, who served in the U.S. Army as a captain in the late 1960s and the Army Reserves in the early 1970s, most recently worked as the Secretary for the Department of Veterans Affairs from 2004-2009.

Johnson’s community involvement includes serving on the board of directors for the Visalia Chamber of Commerce, the Visalia Educational Foundation and the West Visalia Kiwanis Club.