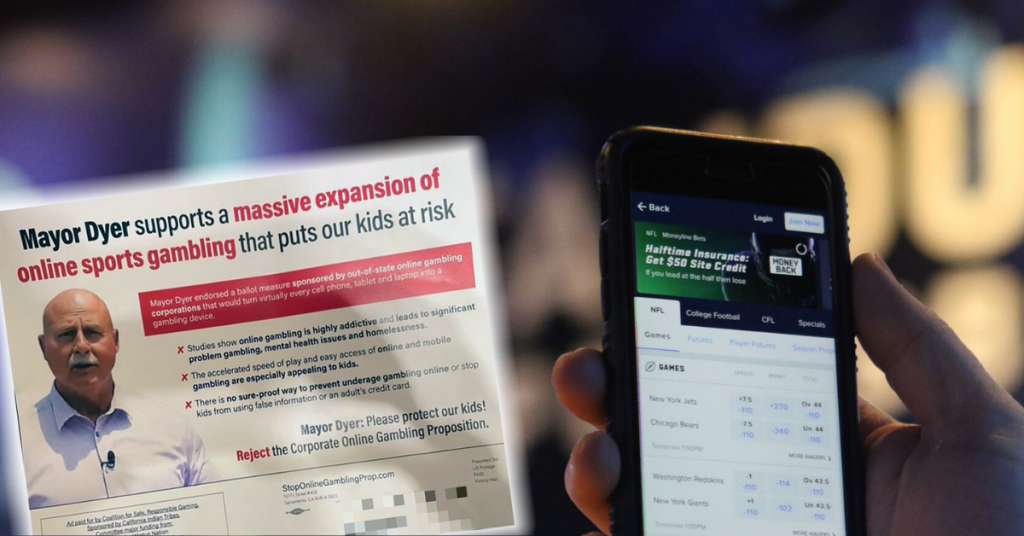 Fresno Mayor Jerry Dyer is catching grief in the mailbox this week despite the fact he won’t be on the ballot for another two years.

The offense causing a stir with voters? Fresno’s chief executive backing an initiative that would legalize online sports betting in California.

Dyer’s opponents? Native American tribes who are leading an initiative of their own to legalize sports betting, but reserved for tribal casinos only.

Fresno’s Mayor is the latest in a line of local officials in the middle of a heated three-way war over sports gambling in California.

As it stands, as many as four different ballot measures legalizing sports betting could make their way to the ballot.

Dyer backed the last of the three options, dubbed the California Sports Wagering and Consumer Protection Act. The Dyer supports along with many cities across the Golden State, would open up sports betting to tribal casinos, state-licensed cardrooms, race tracks, and facilities of professional teams in California.

The initiative would also allow sports betting operators – such as DraftKings, FanDuel and BetMGM – to offer betting opportunities both on-site and in online mobile settings.

If voters approve it, the initiative would place a 10 percent tax on sports betting.

Of that tax, betting giants would send 85 percent of it into a new homelessness and mental health services fund, which serves as the crux of Dyer’s support, as he explained to ABC 30 last year.

The remaining 15 percent would go to the Tribal Economic Development Account.

The tribal-led coalition against the out-of-state, online gambling initiative has released advertisements focused on Dyer, saying he supports an effort that would put children at risk.

“Mayor Dyer endorsed a ballot measure sponsored by out-of-state online gambling corporations that would turn virtually every cell phone, tablet and laptop into a gambling device,” a mailer sent to Fresno voters reads.

The advertisement goes on to say that online gambling is highly addictive and appealing to children without any guaranteed way to prevent underage gambling from happening.

Meanwhile, tribal interests have qualified one competing initiative for the November ballot: the California Sports Wagering Regulation and Unlawful Gambling Enforcement Act. The act would not only legalize sports betting in the state (at tribal casinos only) but also – would also give tribes the ability to offer Vegas-style roulette and dice games, such as craps.

The measure has come under scrutiny for its inclusion of a provision targeting the state’s licensed cardrooms.

Another tribal measure for November may emerge to remove that provision.