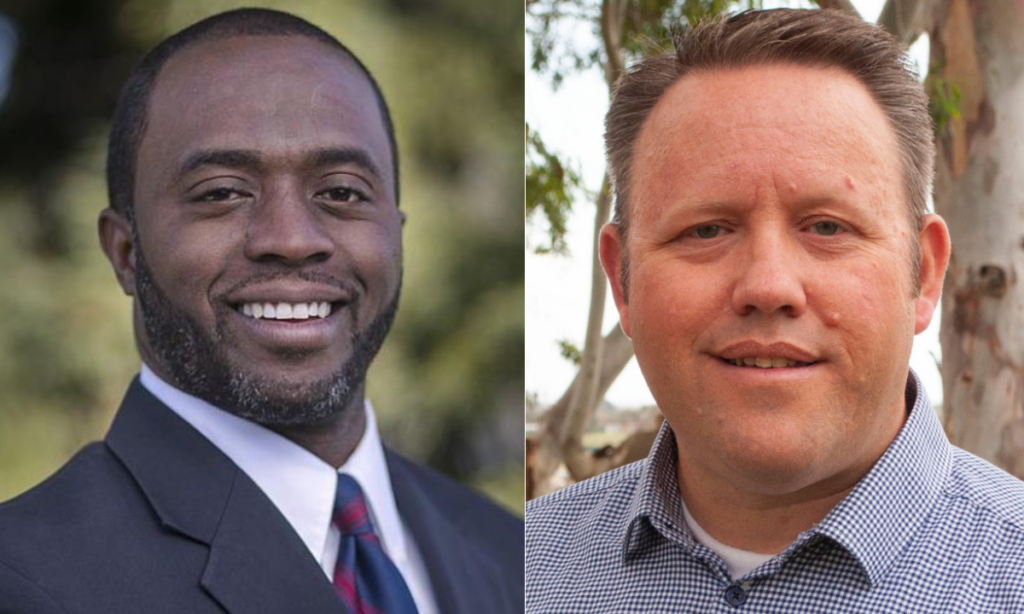 While the race for the California Superintendent of Public Instruction is officially nonpartisan, a Democrat and Republican are both vying for the job.

Tony Thurmond, a Democrat, has held the position since he was first elected in 2018.

His opponent is Republican Lance Christensen is the former chief of staff for a state senator and a policy consultant for the Senate Republican Caucus. He currently works at the California Policy Center,  where he has advocated against forced COVID-19 vaccines for students and student mask mandates.

COVID, in an of itself, become an undercurrent in the clash.

But Thurmond has attracted attention for other reasons, too.

Thurmond has been under fire recently for initially refusing to release results from the state’s Smarter Balanced tests before the election.

Those results are expected to show declines in academic performance across the board as schools were shuttered during the COVID-19 pandemic for nearly two years.

After receiving harsh blowback in the last few weeks, the California Department of Education reversed course and announced that it will reveal the results sometime in October.

Both candidates offer vastly different outlooks for the position that is in line with their respective political parties.

Thurmond is backed by the California Teachers Association and oversaw the school shutdowns and mask mandates during the pandemic.

His tenure has also been marred by former senior education officials accusing him of creating a toxic workplace environment.

Along with his opposition to vaccine and mask mandates, Christensen has been vocal against Gov. Gavin Newsom, teachers unions and critical race theory.

Their fundraising figures, though, paint a dreary picture for the Republican.