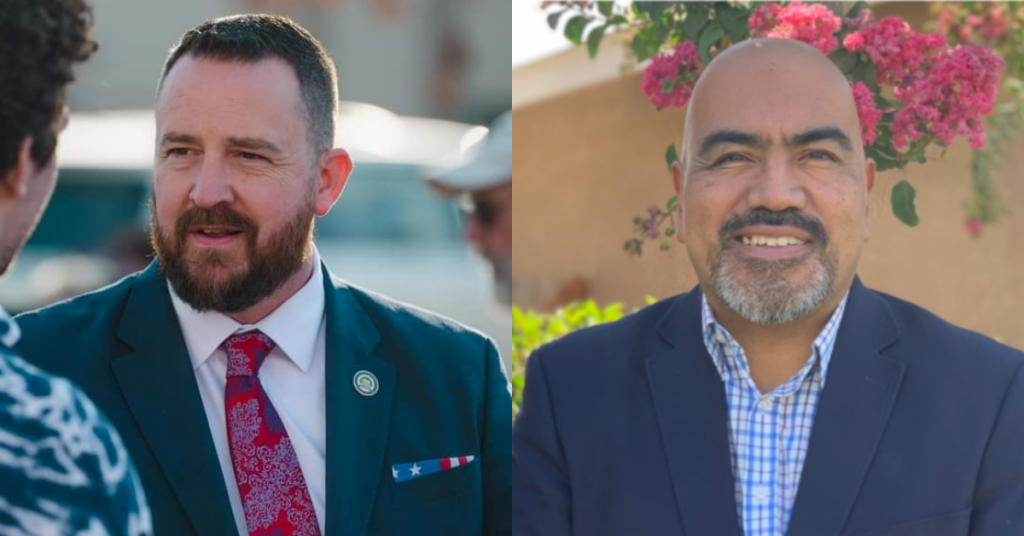 It didn’t make much difference in the June Primary, when Mathis took home nearly 65 percent of the vote.

His opponent, Tulare City Councilman Jose Sigala, advanced to the November election with just under 20 percent of the vote, beating out fellow Democrat Ruben Macareno.

Mathis has been a consistent vote with the Republican super-minority bloc in the Assembly and has focused his advocacy on increased water storage and better water management in the Golden State.

He has also called for local control throughout the COVID-19 pandemic, as mandates shuttered businesses and schools.

Along with the backing of the California Republican Party and his colleagues, Mathis has a bevy of support from law enforcement and business groups.

Sigala has the backing of Democrats throughout the state and is the pick of various labor organizations and leaders, such as United Farm Workers co-founder Dolores Huerta.

Sigala has focused his campaign on affordable, quality healthcare, housing, public education and securing water as some of his top priorities.

Just like the primary, Mathis is dominating on the fundraising front.

Sigala, on the other hand, has raised just more than $90,000 through his campaign and only had $532 left when the last filing was reported in September.