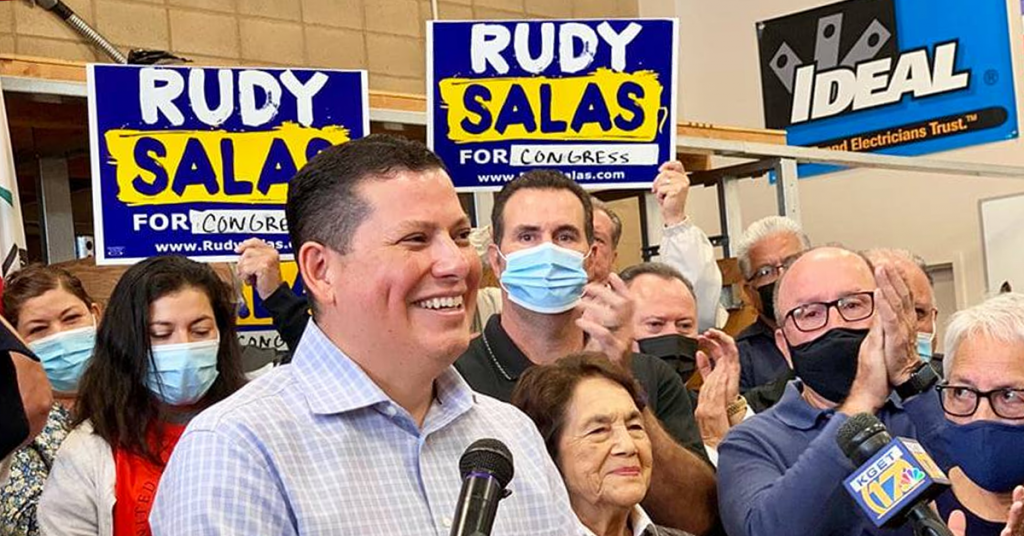 The consensus view among observers is that Salas used signs from his past campaigns for California State Assembly, trimmed a border which read “Law Enforcement, Teachers, and Firefighters support,” and used the tape to cover the word “Assembly.”

On the tape, supporters hand-wrote the word “Congress.”

That move may put Salas’ campaign in hot water with Federal campaign finance officials mere days after he launched his candidacy.

Federal campaign finance rules bar candidates running for Federal office from using “funds or assets transferred from a committee established by the same candidate for a nonfederal election campaign.”

In Salas’ case, the assets include signs, which undoubtedly appear to be holdovers from his 2020 Assembly campaign.

Federal rules also require that signs include a disclosure that they were paid for by the candidate’s authorized committee, in this case Rudy Salas for Congress.

Images from the Monday announcement event make it difficult to tell if a disclosure was even present on signs – or what they said.

For California’s state legislators, the ban on using state campaign funds has proven to be a difficult line to walk.

Many – including Salas – have spent considerable time amassing significant campaign funds only to be unable to transfer it for a Congressional bid.