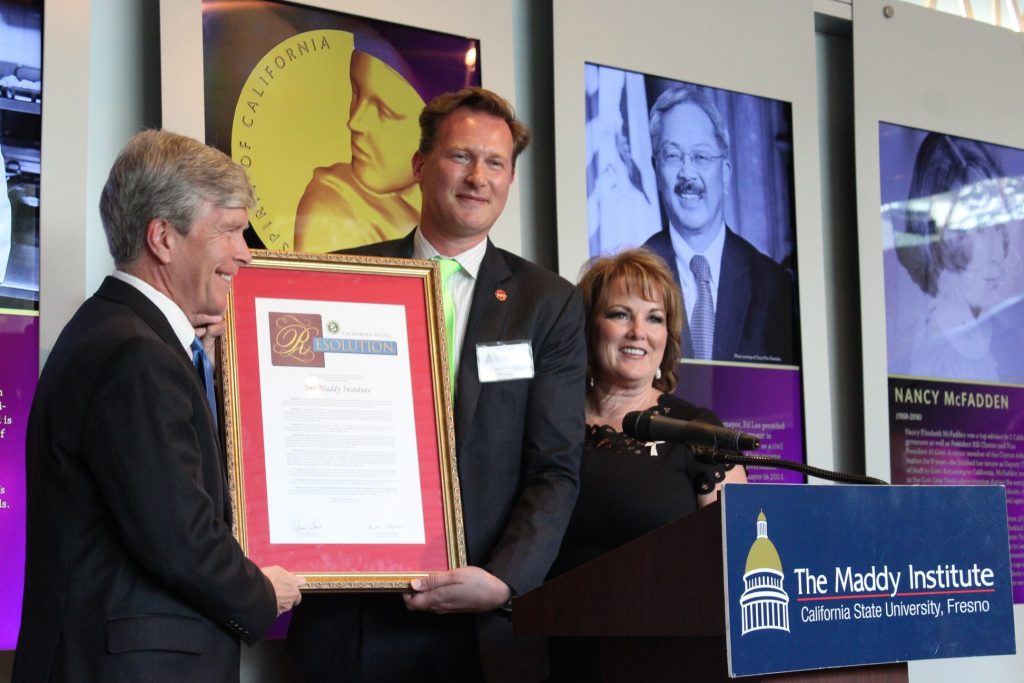 Jan. 18, 2021, 12:03 p.m. – The prospect of an intra-Valley melee over control of the leadership of the California Senate Republican Caucus is officially over.

Monday morning, a spokesman for Sen. Andreas Borgeas (R–Fresno) shot down rumors that the Fresno Republican would undertake a bid to oust incumbent GOP Leader – and his next door neighbor – Sen. Shannon Grove (R–Bakersfield).

“Senator Borgeas is not considering a challenge,” the spokesman said in response to a query from The Sun.

Chatter within the state Capitol and onto K Street of a potential shake-up of caucus management led to two names being floated as prospective challengers to Grove – Borgeas and Santa Clarita-based Sen. Scott Wilk.

The Sun contacted Wilk’s office for comment, but has yet to receive a response.

Jan. 18, 2021, 3 a.m. – Could there be a standoff between two top San Joaquin Valley Republican legislators for control of the party’s Senate Caucus?

Multiple Republican sources with ties to the Capitol told The Sun that grumbling over lackluster electoral results in November coupled with criticism of her public statements made amid the siege on the U.S. Capitol has opened the door to a prospective leadership challenge to incumbent Republican Leader, Sen. Shannon Grove (R–Bakersfield).

At the top of list of hypothetical challengers? Grove’s next door neighbor, Sen. Andreas Borgeas (R–Fresno).

Two weeks ago, Grove took on an avalanche of headlines over a deleted tweet purporting to claim that rioters were members of Antifa.

A Grove spokeswoman later said that tweet was incomplete and that the rioters’ conduct was “the way Antifa behaves” noting it was “unacceptable and un-American.”

For his own part, Borgeas has emerged as a unique figure in the State Capitol in recent weeks.

He became the first Republican tapped to chair a committee in more than eight years when Senate President Pro Tempore Toni Atkins (D–San Diego) named him the chairman of the Senate Ag Committee earlier this month.

The Fresno Republican is noted as a strong fundraiser, a key element of the caucus leader job.

His reputation, built on the Fresno City Council and County Board of Supervisors, has extended to Sacramento where he has built a war chest in excess of a half-million dollars, according to campaign finance documents.

He’s also been a key funder to the California Republican Party’s coffers, delivering more than $68,000 directly to the party through June 2020.

Grove, based on campaign documents through mid-October 2020, delivered more than $150,000 directly to the party.

The lone Southern California survivor of the 2020 election cycle, Sen. Scott Wilk (R– Santa Clarita), is another name being mentioned as a prospective challenger to Grove should there be a shake-up.

The Sun reached out to Borgeas and Wilk’s respective offices on Sunday night, neither could be reached for comment.