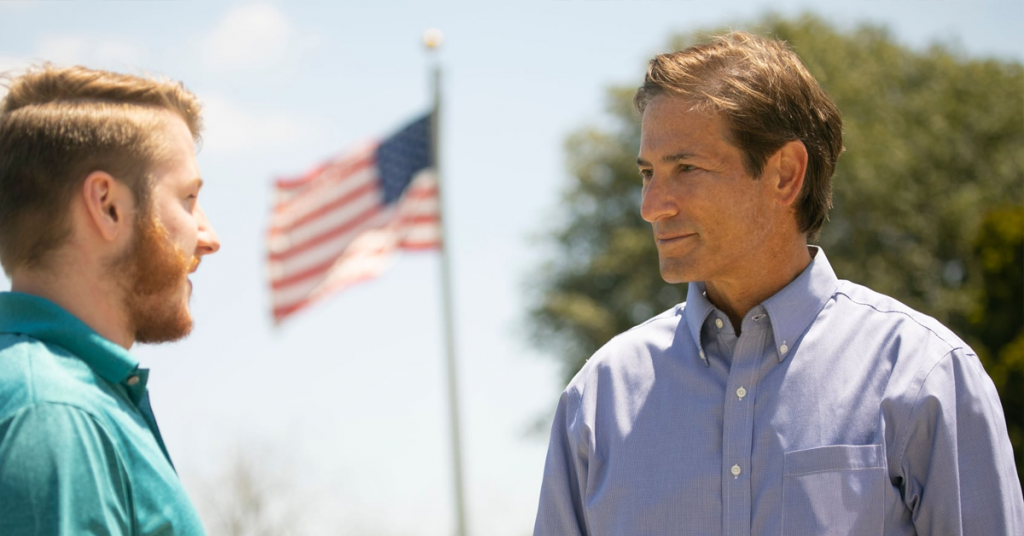 With California in the midst of a violent crime epidemic, Los Angeles-based attorney Nathan Hochman is pitching himself as the man to reverse the troubling trends as the state’s next Attorney General.

Hochman, a Republican, is seeking to be the top contender against Rob Bonta, who was appointed as the Attorney General by Gov. Gavin Newsom earlier this year following Xavier Becerra’s departure to the Biden Administration.

In Hochman’s eyes, California’s public safety issues, including the crime and homelessness epidemics, are due to the far left agenda pushed by Bonta and Democrat district attorneys in some of the state’s major cities.

“In the last several years, I saw the problems that our state is facing, whether it’s the homeless crisis, surges in violent crimes, surges in street crimes – burglaries, shoplifting – catastrophic avalanche of fentanyl poisonings throughout the state, and realized that if I ever was going to serve, now is the time,” Hochman said.

His more than 30 years of legal experience included a stint as an Assistant Attorney General for the U.S. Department of Justice’s Tax Division.

President George W. Bush nominated Hochman for the position in 2007, where he led over 350 lawyers in civil, criminal and appellate tax cases in federal courts across the nation.

Hochman also served for seven years as an Assistant U.S. Attorney for the Criminal Division of the Central District of California before he moved to private practice.

Hochman also has experience in charge of the Los Angeles Disaster Fraud Task Force and as the Environmental Crimes Coordinator, where he brought cases against air, water and land polluters and wildlife smugglers.

That experience gives him the qualifications to run the State Attorney General’s Office as a non-partisan independent entity.

“I would like to establish independence in the Attorney General’s Office so it’s not a partisan position anymore,” Hochman said. “People won’t look at it as a partisan position because I truly believe that I will only have one client, and that client is justice.”

That nonpartisan way of thinking will be a stark contrast to how Bonta runs the Department of Justice.

“Unfortunately the statistics don’t lie,” Hochman said. “Public safety has gotten worse over the last several years, including since Rob Bonta has become Attorney General, in all important respects. The streets are more dangerous. People are feeling less secure.”

“This agenda that he’s now trying to enact for the entire state is an agenda that will create less public safety and more pressing and dangerous problems for our state,” Hochman said.

Soon after Gascon took office at the end of last year, Hochman and his law firm was hired by 850 deputy district attorneys who work under Gascon to file a lawsuit against the Los Angeles DA for refusing to file third strike cases along with other sentencing enhancements.

Hochman argued to the judge that Gascon “can’t violate the law to enforce the law,” with the law being clear that he was mandated to file the third strike cases when appropriate.

“The judge actually agreed with us, which is one of the first times where a judge had ever limited a prosecutor’s discretion and entered a preliminary injunction prohibiting George Gascon and his office from refusing to file that third strike,” Hochman said.

“Thereafter, the office had to file the third strikes where appropriate, despite what George Gascon’s policy had initially said. It’s an issue that’s near and dear to my heart that prosecutors cannot violate the law to enforce it, and that the George Gascon-Rob Bonta agenda is one that is going to make our communities less safe and less secure.”

Ultimately, Hochman felt he could not idly sit by on the sidelines any longer as California continues in the downward spiral it is currently entrenched in.

“When Newsom’s appointed Attorney General has enacted policies in the criminal justice area that are not promoting the rights of victims, that are letting violent and serious offenders out of our society and not putting them in when they commit crimes to the full extent of the law – these are the reasons that I’ve cited, and the time is now to run for this office,” Hochman said.

“Every day that goes by is another day where our streets are getting more dangerous, people are being hurt and our state is becoming less secure.”