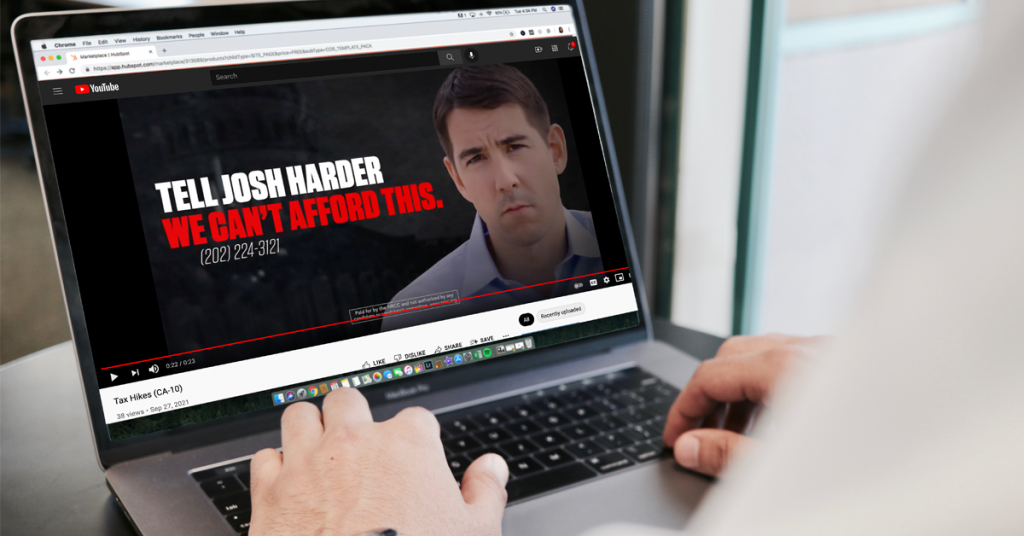 As the House of Representative tees up a vote on the Biden administration’s $1 trillion infrastructure bill and prepares to finalize a sweeping, $3.5 trillion social spending bill via the Senate’s reconciliation process, the pair of Valley Democrats have become top targets for added pressure campaigns.

In recent weeks, the U.S. Chamber of Commerce, National Republican Congressional Committee and the Working Families Party have launched advertisements lobbying Costa and Harder to back or oppose varying parts of Biden’s two-part “Build Back Better” agenda.

The Chamber, which launched a six-figure ad buy in various districts, targeted Harder to oppose the $3.5 trillion reconciliation bill, focusing on an ill-timed tax hike on workers amid a sluggish pandemic recovery.

Monday, the NRCC – campaign arm of House Republicans – launched a similar salvo against Harder and more than a dozen House Democrats in the committee’s first ad campaign of the 2022 election cycle.

Costa, meanwhile, has been a key member of a group of moderate Democrats seeking to prioritize the infrastructure bill amid discontent over the reconciliation package.

The progressive-leaning Working Families Party launched a digital ad buy within the San Joaquin Valley to convince Costa to back both portions of the Biden legislative agenda.