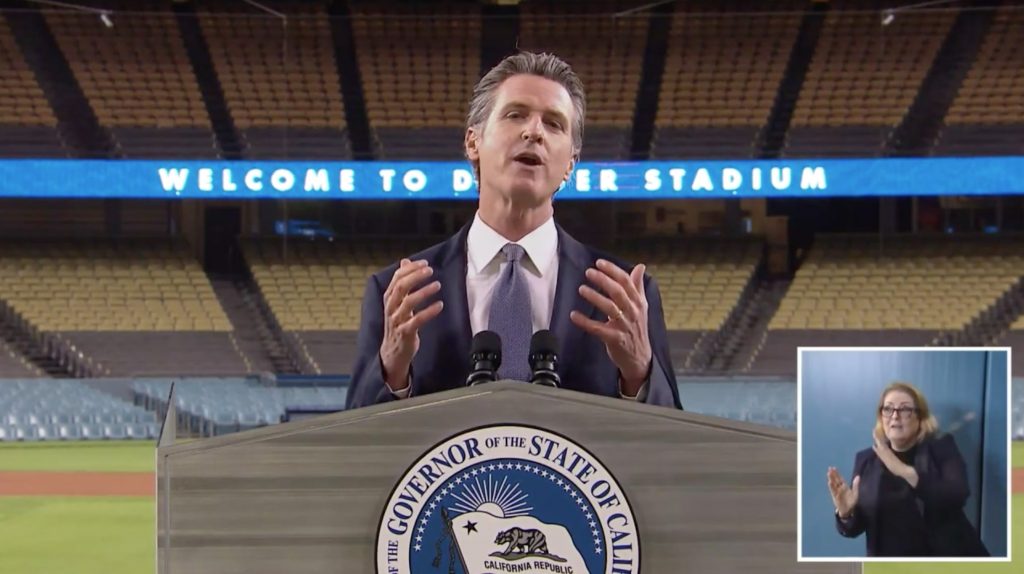 Proposition 26 and Proposition 27 are California’s competing sports betting initiatives on the November ballot.

Wednesday, Newsom officially spoke out against Proposition 27, which is officially called the Legalize Sports Betting and Revenue for Homelessness Prevention Fund Initiative, and backed by some of the biggest gaming industry players, including DraftKings, FanDuel, BetMGM, and Penn National Gaming.

“Proposition 27 is bad for California,” Newsom said in a statement. “It would hurt California’s Indian Tribes, increase the risks of underage gambling, and push billions of dollars out of California and into the pockets of out-of-state corporations. Vote No on 27.”

Along with legalizing online sports betting through partnerships between gambling companies and Indian tribes, Proposition 27 would create the California Online Sports Betting Trust Fund which would send 85 percent of its revenues to the California Solutions to Homelessness and Mental Health Support Account.

The state estimates that the initiative would bring in close to $500 million annually from taxes on sports betting.

Newsom’s decision comes as both initiatives are facing an uphill battle within two weeks of election day.

Campaigns for both initiatives raised over $440 million, but the attack ads appear to be hurting both measures.

The resolutions face an opposition rate of 42 percent and 53 percent, respectively, per the poll.