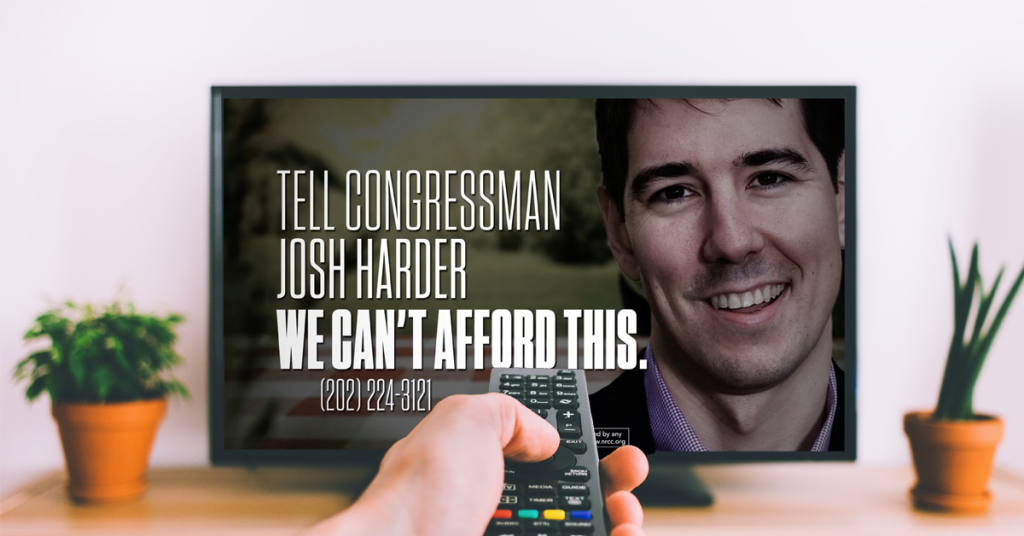 Rep. Josh Harder (D–Turlock) is the target of a new advertising campaign attacking him and Washington Democrats for supporting policies that have driven up the cost-of-living nationwide.

The National Republican Congressional Committee released the advertisement on Tuesday, attacking Harder for the rise in the cost of goods.

The pitch? Key elements of Fourth of July celebrations – from hamburgers to the propane to cook them – will cost more than usual, courtesy of policy moves by House Democrats.

“Tell Congressman Josh Harder we can’t afford this,” the ad says, advising viewers to call his office in Washington.

National gas prices are up 46 percent from last year, according to mid-June data from the American Automobile Association.

Couple those increases with a 9.6 percent increase in beef prices in 2020 and wheat prices currently coming in 28.7 percent more expensive than last year, which leads Republicans to blame Harder and his fellow Democrats for costly Independence Day barbecues.

The push comes as economists find the cost of goods are increasing in price because of inflation that was caused by COVID-19 stimulus payments coupled with excessive unemployment benefits that left the nation with a labor shortage.

They argue that manufacturers, shippers and retailers have increased their prices due to consumers who have cash to spend.

They also argue that employers have had drastically increase their labor costs to attract new hires away from collecting artificially high unemployment benefits, thus driving up prices two-fold.