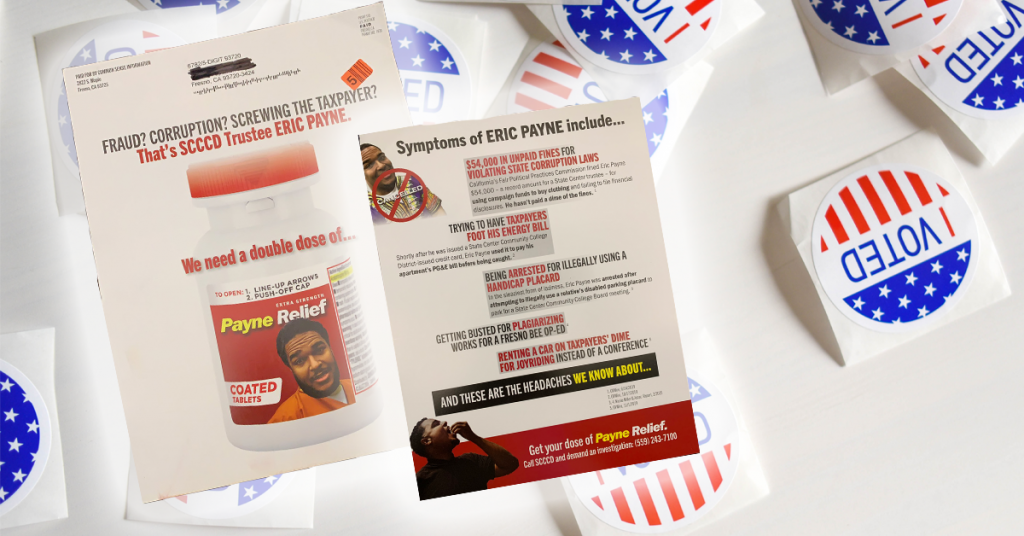 The incumbent in a race for a college trustee seat says a campaign attack ad against him, mailed to voters, is racist.

“The entire piece was improper and racist in nature,” Payne told GVWire.

It also includes a photos of Payne in an orange shirt, which could be interpreted as a prison outfit.

“That’s a typical cheap shot that a politician makes when they can’t defend the fact their record that shows they are corrupt,” Cloud said. “I don’t think it’s racist. I think his record is his problem.”