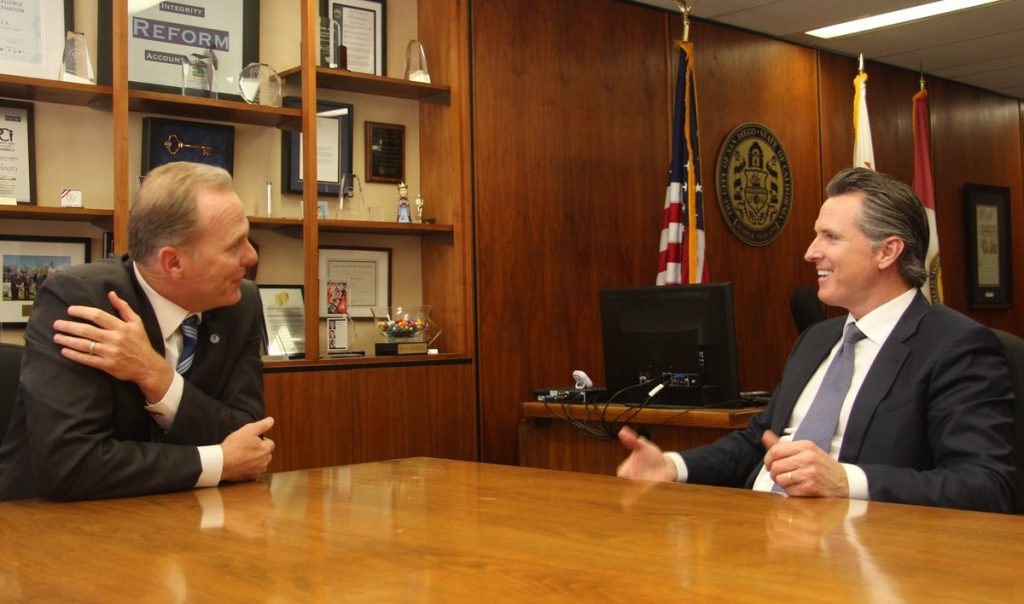 Since the mid-March quarantine from the coronavirus pandemic, Faulconer has served as one of the loudest critics of Gov. Gavin Newsom from his perch running California’s second-largest city.

SUN EXCLUSIVE: THE SUN SPEAKS WITH FAULCONER ON HIS SAN DIEGO TENURE AND GUBERNATORIAL PROSPECTS

Two days before launching his exploratory committee, Faulconer backed the on-going effort to recall Newsom from his office.

“It’s a new year,” Faulconer tweeted on Saturday. “We need a new governor.”

Faulconer is currently exploring a bid to challenge Newsom in 2022, with a likely decision on the matter in early 2021.

The recall, formally backed by the California Republican Party and other gubernatorial contenders, such as 2018 GOP nominee John Cox, has gained considerable political and financial support in the closing days of 2020.

The driving force largely lay with dissatisfaction with perceived hypocrisy on the part of Newsom – tied to his infamous dinner at the French Laundry – mixed with skyrocketing cases and hospitalizations that continued unabated by Sacramento’s heavy-handed closures of businesses.

“Jobs are leaving, homelessness is skyrocketing, and the state can’t even issue unemployment checks to people struggling right now to get by,” Faulconer said.

“California is better than this. “