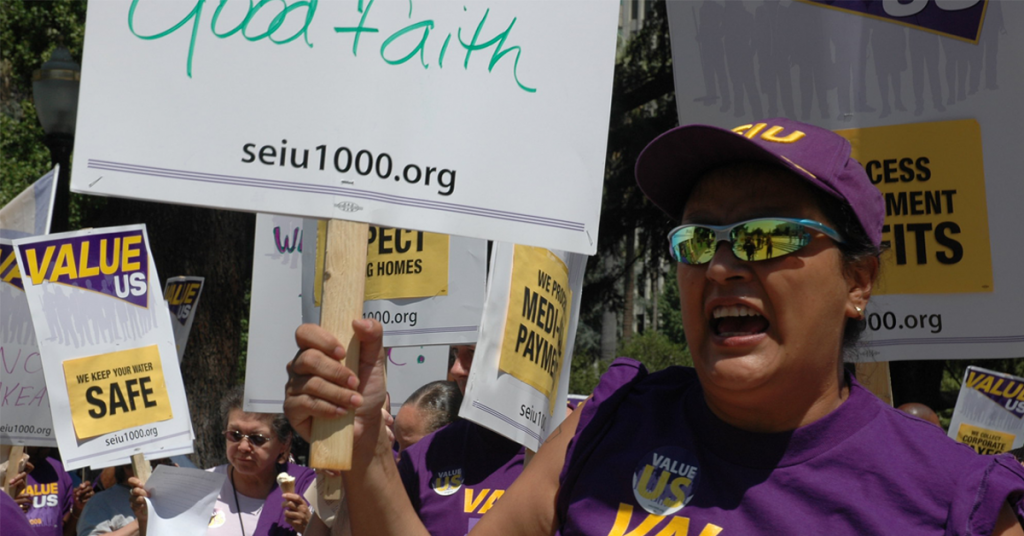 One of California Gov. Gavin Newsom’s strongest supporters in his recall defense is delivering hefty pushback at an inopportune time.

SEIU Local 1000, California’s largest state worker union, threw its support behind Newsom in June with a $1 million donation to fight the recall.

However, that vote occurred just days after former president Yvonne Walker learned that she had a few weeks left in the position after union members voted to oust her.

Now new president Richard Louis Brown has taken over. He had previously opposed the donation to Newsom due to the state worker pay cuts imposed by the governor during the COVID-19 pandemic.

While it is unlikely that the union will reverse course and officially take an anti-Newsom stance – 44 of the 58 board members voted in support of the donation – the union will publicly oppose the governor on Friday, Aug. 27.

SEIU Local 1000 has scheduled a protest at the Capitol west lawn for 10 a.m. Friday to speak out against Newsom’s recent actions with state employees.

“Governor Newsom has abused his authority and violated SEIU Local 1000’s Union Contract with the State of California by not providing the Union with 30 days notice prior to signing off on mandates and refusing to meet and confer on other issues,” the union said in a statement.

The union is also taking issue with Newsom’s plans to close the California Correctional Center in Lassen County, which will put many union members out of work.

“As Union members, we must act now and tell Governor Newsom we will stand up for our rights,” the union said.

SEIU Local 1000 represents nearly 100,000 state workers and is part of the SEIU California State Council, which oversees 17 unions and 700,000 members.