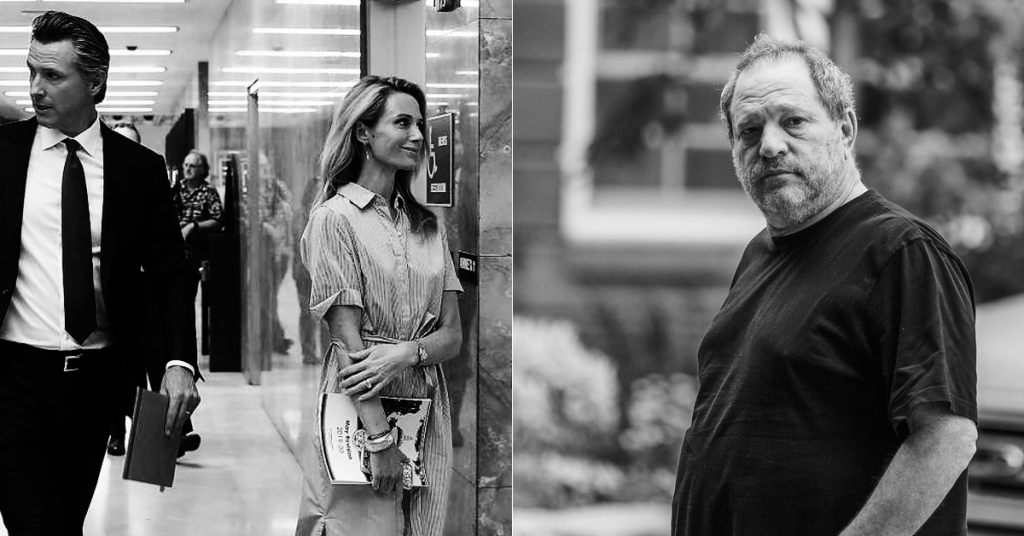 McGowan was among the leading public accusers that led to Weinstein’s fall from grace and eventual prosecution.

‘What can Boies Schiller do to make you happy?’ McGowan said she was asked by Siebel Newsom during a 2017 phone call, which she says she abruptly ended by hanging up.

During an appearance with Dave Rubin on The Rubin Report, McGowan said that Siebel Newsom phoned her in 2017 in an attempt to broker a deal between her and Boies, who represented Weinstein, to suppress assault claims.

McGowan ultimately went public with her claims that, in 1997, Weinstein assaulted her at the age of 23 at the Sundance Film Festival.

The actress, an avowed Democrat, ditched the label during her press conference

“I finally came to a point where I am not a Democrat, because everyone who has harassed, stalked, and stolen from me in my time in Hollywood has been a Democrat,” McGowan said, flanked by Elder.

Though she and Elder don’t agree on all issues, she said he was the “better candidate” and the “better man.”

“I used to listen to Larry Elder after I’d drive home from the set,” she said said.  “Sometimes I’d even pull over and use a fake name, usually Tracy, to call in. And from him, I learned about the corruption of the teachers union in this state.”