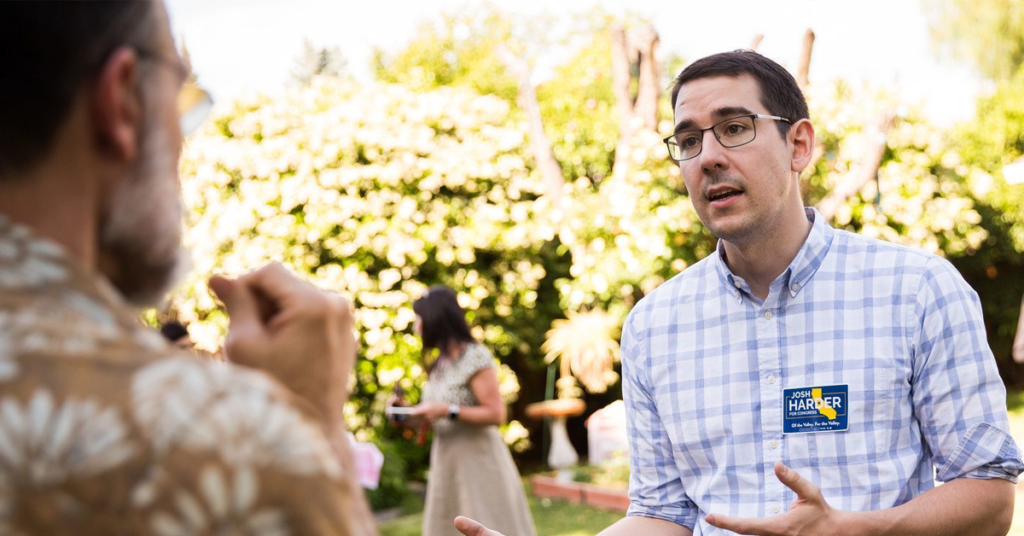 As the California Redistricting Commission draws the Congressional district lines through the end of the year, a group of Central Valley Republicans are reportedly lobbying for a favorable map change to oust Turlock Democratic Rep. Josh Harder.

According to a McClatchy report, north Valley residents are circulating a map that would remove Tracy from Harder’s 10th Congressional District and, in turn, creating a district centered on redder Modesto.

In that plan, San Joaquin County would stay intact, likely preserving a Democratic seat while giving Republicans a foothold in Modesto.

Another plan mulled by Republicans reportedly would replace Tracy with Lodi to give an edge to remove Harder.

Residents Stanislaus County submitted comments to the commission this week asking for the county to be separated from the Bay Area bedroom communities, such as Tracy, with the new lines.

“Tracy has common interest and is close geographically with Livermore,” Bosshardt wrote. “Unlike Stanislaus County which has distant population centers and is not a bay area commuter bedroom community. It makes sense for Tracy to not be a part of our CA-10 district (or whatever the district number might become).”

Bosshardt even made a personal appeal for the cultural differences between the two areas.

“As a resident of the Modesto/Ceres area, I don’t have anything close to a feeling of community with Tracy,” Bosshardt wrote. “I don’t even seriously consider dating there – I swipe left on everyone from Tracy, Livermore, and Stockton.”

Other residents wrote in asking to keep Stanislaus County whole in order to avoid diluting the Assyrian community.

Bosshardt made the same argument and also requested that Merced stay separate from Stanislaus County in order to keep the Hmong community whole and more centered with Madera and Fresno.

Harder, one of the most prolific fundraisers of the Blue Wave class of 2018, has yet to attract an official opponent for the upcoming 2022 election.

Patti would be the first credible GOP candidate to file vs @RepJoshHarder for the 2022 cycle. pic.twitter.com/mBaJg4Ff4b

While Patti mulls a bid, Harder continues to be at the forefront of House Republican strategists’ minds heading into President Joe Biden’s midterm election next year and possibly for good reason.

A poll conducted by Remington Research Group on behalf of the conservative American Action Network found that, at the conclusion of the August recess, Harder was underwater with voters in the north Valley.

51 percent of north Valley voters expressed disapproval with his performance while 44 percent approved of it.

The poll had a margin of error of 3.2 percent.