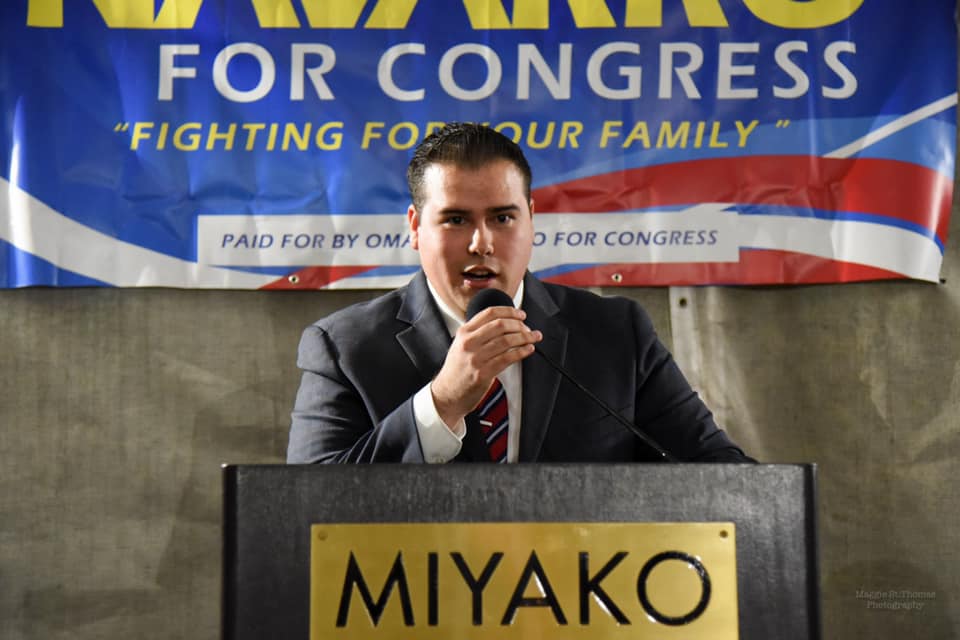 A perennial Southern California Congressional candidate thinks he has a shot at replacing the outgoing Devin Nunes.

With Nunes stepping away from Washington D.C. to head former President Donald Trump’s new media organization, local candidates have been making preparations to run for the special election next year to serve out the remainder of Nunes’ term.

Soon after Nunes revealed his plans, Navarro announced his candidacy for the race.

And late last week he officially filed his statement of candidacy with the Federal Election Commission.

Although the date of the special election for the 22nd district has not yet been set, the primary could take place in April of next year. If no candidate takes the majority of votes, it would head to a runoff, which would line up well with the statewide primary election on June 7.

Navarro is quite different from other candidates who have expressed interest in the race.

For one, he has a checkered past which includes stalking and harassing both his ex-wife and ex-girlfriend.

Navarro was placed on probation for 18 months in September 2016 after pleading guilty to placing an illegal tracking device on his ex-wife’s car on Valentine’s Day.

He also served one day in jail for the misdemeanor and was ordered by a judge to stay away from his ex-wife.

Just a few years later, in August 2019, Navarro was once again issued a restraining order, this time for five years from his ex-girlfriend.

His ex-girlfriend, DeAnna Lorraine Tesoriero, said in court that she was the recipient of “endless threats” from Navarro since the time she initially attempted to put an end to their relationship.

It didn’t take long for Navarro to drum up trouble again. In December of the same year, he was arrested in San Francisco for violating the restraining order.

In addition to his stalking troubles, Navarro also took over $24,000 in “salary” and “monthly stipend” in his 2018 run against Waters, according to federal election data.

For his run to replace Nunes in District 22, Navarro’s listed address in his campaign filing is for a senior citizens complex in Torrance.